Production from five of the top six major tight/shale oil and natural gas regions in the United States are projected to increase over the next year, reaching totals comparable to nations on the world stage, according to data from the U.S. Energy Information Administration (EIA). 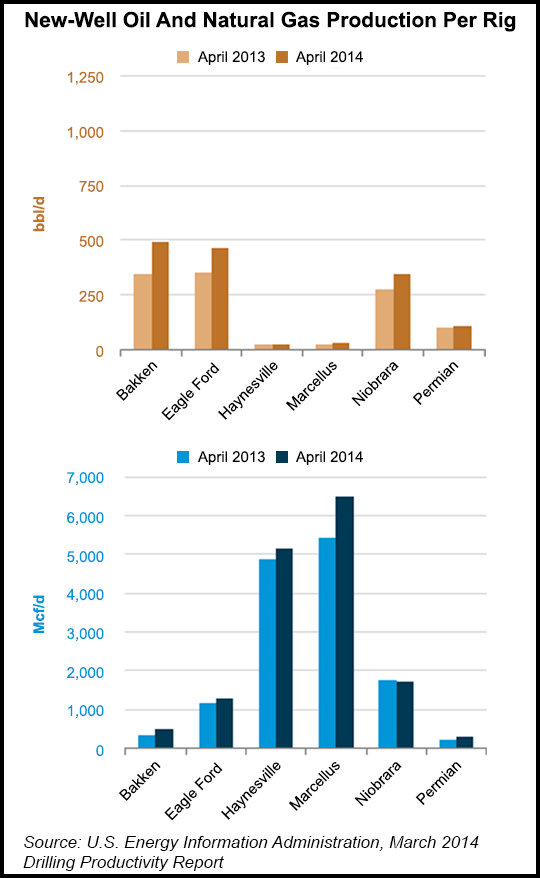 The EIA reported that monthly natural gas production for an average rig deployed in the Marcellus is projected to increase by 74 Mcf/d between March and April, climbing from 6,402 Mcf/d to 6,476 Mcf/d. An average rig targeting the Haynesville over the same time frame is expected to see an increase of 25 Mcf/d (from 5,142 Mcf/d to 5,167 Mcf/d).

The only formation projected to see a loss in monthly gas production is the Niobrara, which is expected to lose 10 Mcf/d this month, falling from 1,723 Mcf/d to 1,713 Mcf/d.