EIA projects HGL production to grow from 3.86 million b/d last year to 4.33 million b/d in 2017, according to the agency’s Short-Term Energy Outlook.

“Ethane production, which was constrained by lack of demand and low prices in recent years, is expected to increase at a faster rate than other HGLs in 2016 and 2017, as expanded petrochemical and export capacity provides new outlets for supply and allows more ethane to be recovered from raw natural gas. Forecast natural gas plant ethane production increases by 300,000 b/d between 2015 and 2017, accounting for two-thirds of total HGL production growth,” EIA said.

The United States became a net exporter of natural gasoline in 2008, of butane and propane in 2011, and of ethane in 2014. Annual average net propane exports increased from 10,000 b/d in 2011 to an estimated 500,000 b/d in 2015 as the capacity to export liquefied petroleum gas (LPG), including propane and butanes, increased by almost 1 million b/d.

The Enterprise facility is expected to have an aggregate loading rate of approximately 10,000 bbl per hour and is supported by long-term contracts, the company said. It is to be integrated with the Enterprise Mont Belvieu natural gas liquids (NGL) fractionation and storage complex.

In a report titled “The American Propane Armada,” released earlier this month, BofA Merrill Lynch Global Research analysts said that since mid-January, domestic propane prices have rebounded 62%, from 29 to 47 cents/gal. By comparison, during the same time frame butane and natural gasoline prices have increased 33% and 26%, respectively. But when NGL prices are weighted as a percentage of West Texas Intermediate crude, the ratio surged over the last nine months (see Daily GPI, March 11). 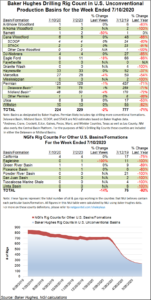