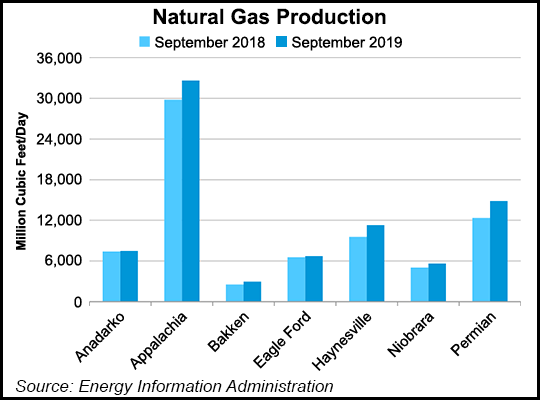 Total oil production from the seven plays — the Anadarko, Appalachian and Permian basins, and the Bakken, Eagle Ford, Haynesville and Niobrara formations — is expected to increase 85,000 b/d compared with this month, EIA said in its latest Drilling Productivity Report (DPR).

EIA has been reporting consecutive month-to-month increases out of the plays since January 2017, when their total gas production was estimated at 47.51 Bcf/d, and total oil production was an estimated 4.54 million b/d.

Drilled but uncompleted (DUC) well counts across the Big Seven ended July at 8,108, a decrease of 100 from June, EIA said. DUCs decreased in every play except the Permian, which increased nine in July to 3,999.