A system to encourage funding to develop and use renewable natural gas (RNG), or biomethane, has been established by California regulators with support from state utilities and national laboratory researchers. 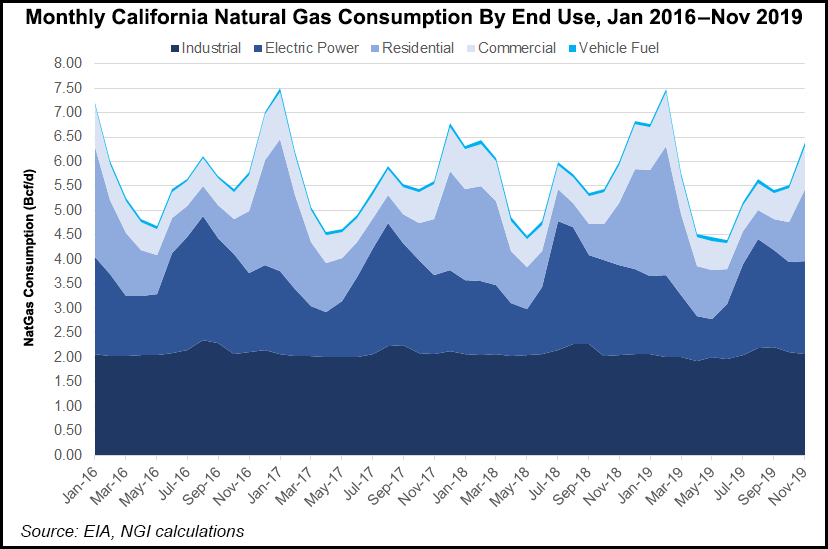 Up to $32 million has been allocated for the California Public Utilities Commission (CPUC) incentive reservation system, with funds distributed over the next seven years, or until funding is exhausted.

The Lawrence Livermore National Laboratory in Northern California issued a report last month outlining pathways for the state to reach carbon neutrality by 2045. Reaching the goal would require the use of biomethane, they said. Researchers also concluded that RNG could take more carbon out of the air than it emits, making it a carbon negative fuel.

California law requires that 40% of methane emissions from sewage treatment plants, landfills, dairies, and other agriculture must be captured. Utilities are in favor of measures to boost RNG and biomethane use.

For example, Sempra Energy’s Southern California Gas Co. last year pledged to make RNG 20% of supply by 2030 in its quest to become the “cleanest gas utility in North America.”

State grants and low-carbon fuel incentives already have spurred the expected development of more than 100 digesters by 2025, bringing the state total to more than 200, according to SoCalGas.

“We continue to work with developers and producers interested in providing PG&E with biomethane,” Subbotin said. “Our target is to have multiple projects interconnected by the end of this year.”

Additionally, PG&E’s Gas Operations organization has for several months been working jointly with the other California gas utilities on an effort to create and submit a RNG tariff for approval by the CPUC, she said.

As traders looked ahead to the latest round of government inventory data, and as analysts noted signs of production recovering following declines earlier this week, natural gas futures were down sharply in early trading Thursday. The December Nymex contract was off 9.7 cents to $3.194/MMBtu at around 8:50 a.m. ET. Predictions for the Energy Information…