Colombia’s Ecopetrol SA saw its production take a hit in the second quarter because of social unrest in the country but management foresees a strong recovery this year. 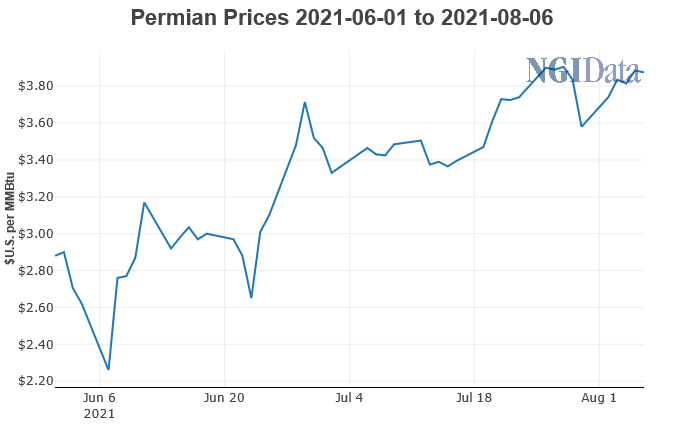 Ecopetrol was also boosted in the second quarter by its joint venture (JV) with Occidental Petroleum Corp. in the Permian Basin’s Midland formation in West Texas.

“Social unrest caused a complex situation locally,” CEO Felipe Bayón said in an earnings call, but by the end of June operations had been restored to normal. Permian results, he added, “were outstanding.”

Ecopetrol accounts for more than 60% of the hydrocarbon production in Colombia, and it owns the largest refineries and most of the country’s oil and multi-purpose pipelines. It also has upstream assets overseas in Brazil and the United States.

Months of anti-government protests starting in late April have hampered oil and gas activity in the country, as well as economic activity in general. Downstream, intermittent suspension of pumping at refineries because of problems related to the social unrest led to a 7% drop in output in the quarter.

Production in the second quarter was 661,000 boe/d, down 2.5% compared with the same quarter in 2020. During the first six months of the year, 179 development wells were drilled and completed.

Ecopetrol actions “mitigated” adverse effects, Bayón said. He still sees capital expenditures of $3.5-4 billion for the year, and an exit rate of 690-700,000 boe/d. “We are resilient,” and “nothing changes,” he said.

In the Permian, “in less than two years we’ve reached a very good level even with an extensive and deep crisis last year,” Bayón said. He added that today the JV is worth 50,000 boe/d gross to both parties. “We see not only good performance but a good opportunity and we are learning a lot and hopefully we will be able to bring some of that expertise back home.”

As part of that learning process, Ecopetrol is advancing two horizontal drilling pilot programs known as Kalé and Platero in conjunction with ExxonMobil. Colombia has 55 Tcf of technically recoverable shale gas resources, which would place it fifth in South America, according to the U.S. Energy Information Agency.

At a virtual conference earlier this year, Bayón said that among the core questions driving Ecopetrol’s strategy is, “How can we become a gassier company?” He said that the company aims for gas to account for 35% of its production by 2030, up from 20% currently.

Ecopetrol also aims to eliminate routing flaring of natural gas by 2030, and to monitor fugitive methane emissions at 100% of its production sites “within the next couple years,” Bayón said.

Natural gas and liquefied petroleum gas (LPG) production increased 8.2% year/year in the quarter. A drilling campaign in the remainder of the year will be focused on gas exploration in northern Colombia, Bayón said. During the second quarter, the contribution of gas and LPG to total production was 20.6%.

Part of the decarbonization plans revolve around electrification. Executives said during the call they were looking to lock in financing for the acquisition of the Colombian government’s 54.1% ownership stake in utility Interconexión Eléctrica (ISA). Bayón added Ecopetrol is also “analyzing going into blue and green hydrogen and analyzing the merits.” The company has pledged carbon neutrality by 2050.