The Royal Caribbean Group has selected The Woodlands, TX-based Eagle LNG Partners LLC to refuel its new class of cruise ships powered by liquefied natural gas (LNG) throughout the Caribbean. 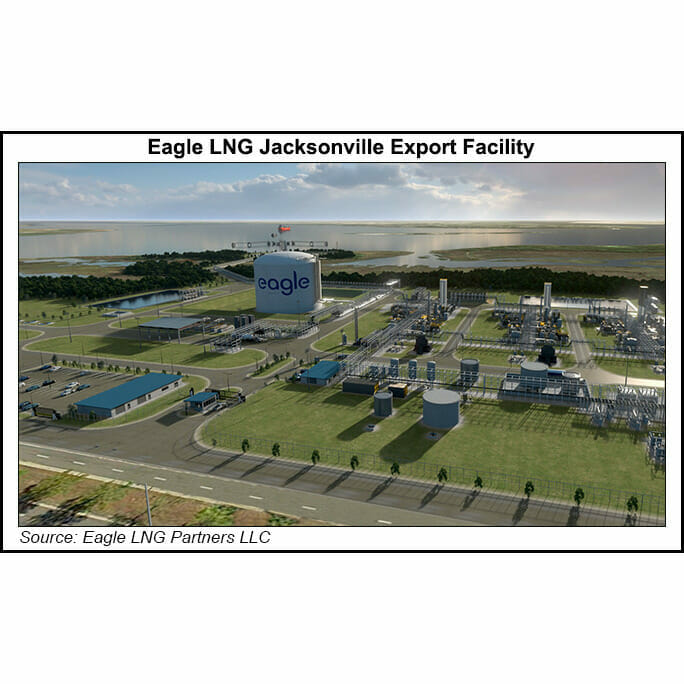 As a result, Eagle said it would debut “multiple purpose-built” vessels for LNG bunkering, or refueling, operations that would be located in the region.

The company said its bunkering ships would be designed for distance keeping, hose handling, product conditioning and mooring solutions. They would also be built with high environmental standards, fuel efficiency and cargo handling capabilities to serve Royal Caribbean’s new class of ships.

The cruise ship operator signed a deal in 2016 for its new Icon vessel class. Its first LNG-powered ship is slated to debut next year.

“By introducing these purpose-built bunkering ships for the Caribbean, we are setting that vision into motion while also creating opportunities for island nations to access low-cost, secure, U.S.-produced natural gas for power generation,” said Eagle’s Matthew Fisher, vice president of corporate development and sustainability.

Eagle operates a small-scale liquefaction facility in Maxville, FL, that includes a marine terminal providing LNG for ships traveling from the United States to Puerto Rico.

It has another liquefaction facility under development in Jacksonville, FL, that it said would supply the bunkering vessels for Royal Caribbean’s LNG ships. Eagle has also been actively developing small-scale LNG solutions throughout the Caribbean, including LNG-to-power projects.

The marine sector is turning more to LNG to power vessels as it works to comply with more stringent environmental regulations and searches for alternatives to fuel oils.

Bunkering infrastructure to support LNG as a marine fuel continues to grow across the world. According to trade group SEA-LNG, the chilled fuel can now be delivered to vessels in about 96 ports worldwide. Another 55 ports are in the process of facilitating LNG bunkering.