Claiming that the Eagle Ford Shale of South Texas “does not stop at the waters of the Rio Grande,” Gov. Francisco Javier García Cabeza de Vaca of Mexico’s Tamaulipas state said Friday that federal authorities should resume oil and gas bid rounds, which President Andrés Manuel López Obrador has suspended. 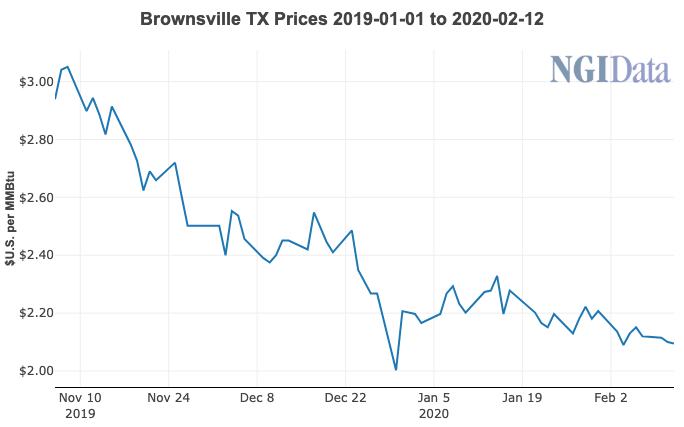 Nestled in the country’s northeastern corner, Tamaulipas shares a 230-mile border with Texas and has about 250 miles of coastline on the Gulf of Mexico, García Cabeza de Vaca noted during an event at Rice University’s Baker Institute for Public Policy.

The U.S. portion of the Eagle Ford is expected to produce 1.48 million b/d of oil and 4.93 Bcf/d of natural gas in February, according to analysis last month by the EIA.

The entire country of Mexico, meanwhile, produced 1.71 million b/d of oil and 3.91 Bcf/d of gas in December, according to CNH.

CNH bid rounds 3.2 and 3.3, which were canceled by President Andrés Manuel López Obrador, would have made available both conventional and unconventional gas-rich blocks, mostly in Tamaulipas.

He said Mexico should take advantage of the experience and technical know-how of unconventional operators working in Texas.

“We’re strongly in favor of” the bid rounds, he said. Mexico has “decided to put a pause on that” but “the way I see it is that they’re going to open up. They have to open up because we need the gas, we need the oil…”

He said Pemex and the federal government do not have the funds or experience needed to develop the unconventional resources of Tamaulipas.

“I have talked to the president,” García Cabeza de Vaca said. “I told him, ”Sir, we need those investments. We need the gas, we need the oil…Let the private sector invest.”