The Dutch government has authorized Taqa Energy BV to add much needed underground natural gas storage capacity at its Bergermeer facility in Northwest Europe that the company expects to make available by October. 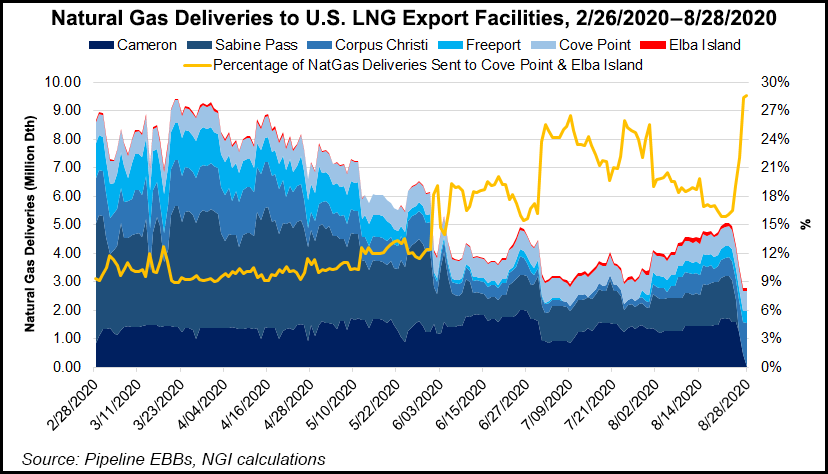 Taqa said Friday that it had been given the green light to expand its facility, Europe’s largest open access natural gas storage, by 2.5 TWh, bringing working gas capacity up from 45.6 TWh, or about 4.1 billion cubic meters, to 48.1 TWh.

The company had applied in 2018 for permission to use the facility at its full design capacity. Taqa said it would hold an auction for the new Bergermeer capacity on Oct. 13, which it plans to offer for the balance of the storage year from Oct. 16 to March 31, 2021. Bergermeer’s current 2020 storage capacity sold out in February.

Since the end of 2018, Europe has been flooded with natural gas supplies, namely liquefied natural gas (LNG) imports, which has accelerated storage injections across the rest of the continent. European gas storage was at 91.2% of capacity on Friday, compared to the five-year average of 78%.

Meanwhile, vast storage facilities in Ukraine that have increasingly been utilized by the continent’s natural gas players were at 81.7% of capacity, up from about 60% in the middle of summer when more traders began tapping into the country’s storage infrastructure.

The new capacity could help lift early winter injection demand, said Schneider Electric in a note to clients on Friday. Taqa’s announcement offers more upside as the Dutch Title Transfer Facility benchmark in Northwest Europe has bounced back this week, particularly as Henry Hub futures have jumped due to operational outages at the Sabine Pass and Cameron LNG export terminals that were prompted by Hurricane Laura’s landfall on Thursday.

U.S. cargo cancellations have also helped balance Europe’s gas market, but American volumes are expected to increase on the continent in the months ahead as prices have risen ahead of winter. Analysts also see demand from Sabine and Cameron bouncing back within a week or two barring any severe damages or other issues caused by the storm, another factor in already strong European supplies and brimming storage.

NGI calculations show U.S. LNG will again be profitable to deliver to Europe beginning in October, through the remainder of the year and into next.