DTE Energy Co. said it is ramping staffing throughout Greater Detroit and other heavily populated markets in Michigan to minimize the impacts of severe weather following a harrowing spate of storms that resulted in widespread power outages. 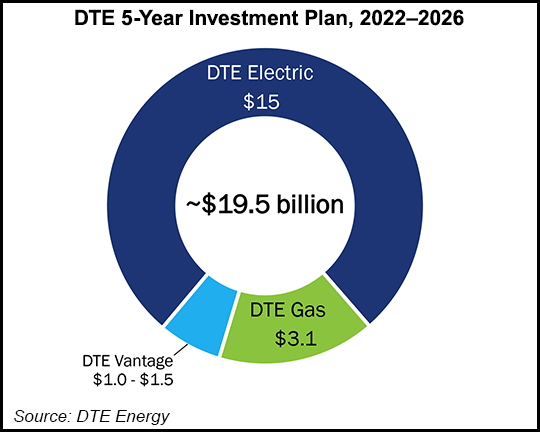 DTE CEO Gerardo Norcia, speaking with analysts on an earnings call last week, said customers in its Michigan footprint endured 12 substantial storms over the summer months – and five of them each caused more than 100,000 outages.

It was “unprecedented in the company’s history in terms of collective storm size and customer impact,” Norcia said. He added the company would invest an additional $70 million in tree trimming programs from 2021 to 2023, expanding its workforce from 1,200 to nearly 1,500. More than two-thirds of the company’s outages are related to damage caused by trees.

“We are advancing our efforts to get trees off the wires and deliver clean, safe and reliable energy,” Norcia said.

He said that, in addition to retiring its River Rouge power plant this year, DTE plans to retire its Trenton Channel and St. Clair power plants in 2022. “This is nearly 2,000 MW of coal retirements, or 30% of our coal generation fleet” in Michigan, Norcia said.

“Additionally, “we’ll be ceasing coal use of Belle River by 2028, two years earlier than originally planned, and preparing also to file an updated integrated resource plan in the fall of 2022, almost one year earlier than planned,” the executive said. “We look forward to working with all stakeholders to address ways to further accelerate decarbonization, while always maintaining affordability and reliability.”

He said DTE had built or contracted for 2,500 MW of wind and solar energy, purchased 1,200 MW of natural gas from peaker plants and expects a new 1,100-MW combined cycle gas turbine plant to be running in 2022 “to coincide with our coal retirements.”

The company also recently launched a program that provides the opportunity for customers to purchase both carbon offsets and renewable natural gas to enable them to offset up to 100% of the carbon from their natural gas usage. More than 4,000 customers have subscribed to date, Norcia said.

Overall, he said, DTE’s natural gas division is planning on investing more than $3 billion over the next five years to upgrade and replace aging infrastructure.