A lawsuit that sought an extensive environmental review of hydraulic fracturing (fracking) in the Delaware River Basin by the State of New York and a coalition of environmental groups has been dismissed by a federal judge. However, the ruling left open to question whether an environmental assessment of the basin may be required in the future. 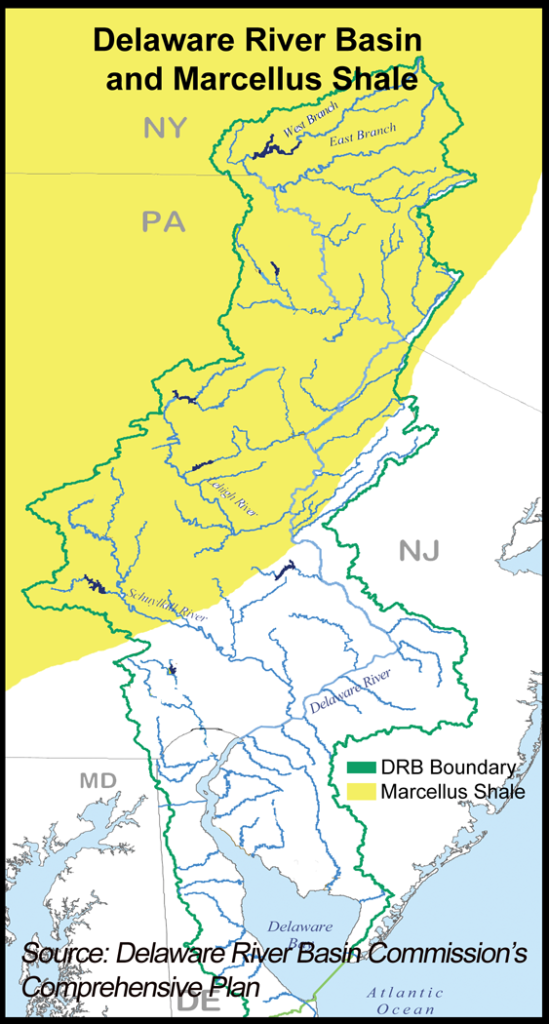 U.S. District Judge Nicholas Garaufis of the New York Eastern District on Monday ruled for the federal government and tossed the lawsuit, ruling that it was premature. The risks from natural gas drilling currently are speculative, he wrote (State of New York v. Army Corps of Engineers et al. (No. 1:11-CV-02599).

“While plaintiffs provide a great deal of support for how their interests may be threatened if natural gas development is allowed in parts of the basin, as of now it is not allowed, and the mere existence of proposed regulations is not sufficient to allow this court to say plaintiffs’ interests are at risk,” Garaufis said in his opinion.

The Delaware River Basin Commission (DRBC) in late 2010 issued a proposed rulemaking to allow natural gas development projects in some areas of the basin (see Shale Daily, Dec. 10, 2010). The multi-state compact, which governs water use in the Delaware watershed, is composed of the governors of Delaware, New Jersey, New York and Pennsylvania, as well as an Army Corps of Engineers representative. It has yet to promulgate final drilling rules for the basin (see Shale Daily, Sept. 18).

After the DRBC issued its draft rules, the state of New York filed a lawsuit, joined by a coalition of environmental groups, to compel a full environmental assessment (EA) of of the basin under the National Environmental Policy Act before drilling rules could be promulgated (see Shale Daily, June 1, 2011). The Army Corps of Engineers had said the DRBC was not a federal agency subject to NEPA mandates. The state and the coalition expanded the lawsuit to sue the U.S. Environmental Protection Agency, the U.S. Fish and Wildlife Service and other agencies for not conducting an extensive environmental review.

And herein lies the rub. Although the lawsuit was dismissed, Garaufis found that federal agencies may be forced to do an EA for the Delaware River Basin under NEPA. With only a draft of the rules in place, the court cannot at this time determine reliably “how probable it is that the regulation will be enacted and thus [it has] no way of judging whether risks that natural gas development may create are more than conjecture,” Garaufis wrote.

“The courts will be available if and when the DRBC adopts final regulations permitting natural gas development and are more than capable of preliminarily enjoining any development so that no wastewater is created before the courts have evaluated whether the DRBC and the federal defendants are obligated to follow NEPA in this instance.”

A spokesman for the industry’s Marcellus Shale Coalition responded.

“The tightly regulated development of clean-burning American natural gas is helping to create tens of thousands of good jobs at a time when they’re most needed while protecting and strengthening our environment,” he said. “We remain hopeful that misguided lawsuits such as these will not jeopardize or undercut these undeniable benefits.”