Dominion CEO Thomas F. Farrell II warned Monday that the United States “is headed for an energy train wreck” if the country does not create a national energy policy “grounded in economic realism, common sense and market principles.”

Farrell spoke to the National Governors Association’s Clean Energy Task Force in Washington, DC. He borrowed a phrase from Winston Churchill to tell the nation’s governors that the country was entering a “period of consequences” that will follow the choices it makes — or does not make — about the way energy is developed and used.

“Climate change concerns, in particular, present an unprecedented long-term challenge,” said Farrell. “We need a policy framework designed for the long term. We also need to level with the American people about the true costs of energy production and use — and the price tag that goes with a cleaner environment. Above all, the public — your constituents — need to understand that there is no quick fix and no free lunch when it comes to complex energy issues.”

The CEO urged the state leaders to “beware of those” who believe that clean energy can be done cheaply. Those people, he said, “are, quite simply, singing a siren’s song…Ask them to show you the place where carbon is being sequestered in any significant way — or any place on earth where a nation’s energy needs are being met entirely by renewable energy and conservation. Other than perhaps Iceland, they cannot. It is a myth.”

Farrell said the United States needs an integrated energy strategy that works both sides of the energy equation — supply and demand, production and consumption — if the goal is to achieve sustainable and cost-effective emissions reductions and to lay the foundation for a secure energy future.

“We at Dominion are not climatologists, but we follow the debate closely,” he said. “We expect to see congressional action — if not during this election year then most likely in 2009 or 2010.” He said the company supports an economywide cap-and-trade system “that includes a meaningful cost containment mechanism that achieves the desired environmental results at a pace American consumers can afford.” Dominion also wants these provisions in any federal bill:

He said any legislation passed should be a “reasonable, affordable bill. This is a long-term issue with long-term consequences.” 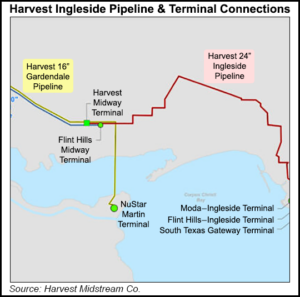