The Department of Energy (DOE) plans to invest nearly $8 million in a research project conducted by the University of Utah into the geology of the Paradox Basin to test its oil and natural gas potential. 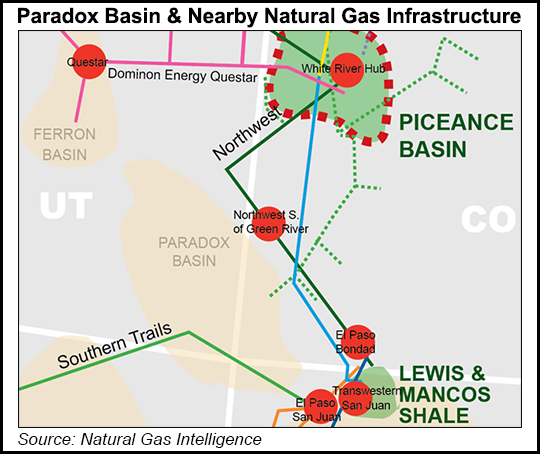 Research into the Paradox, primarily in Utah but also extending to parts of Colorado and northern Arizona, marks the DOE’s single largest investment into unconventional plays as part of a larger agency initiative consisting of multiple research projects.

The DOE’s investment adds to existing regulatory noise around the Utah oil and gas development, which has been the subject of a dispute between conservationists and the Trump administration.

The tussle started in 2017 when the White House reduced the size of national monuments within Utah by two million acres, which was largely a nod to expanding oil and gas drilling in the area.

The SUWA lawsuit is not the only one of its kind, but one of the more recent.

BLM has recently agreed to suspend leases auctioned for oil and natural gas development to reconsider the environmental review and examine possible impacts on climate change.

The DOE’s funding, combined with outside funding of $2 million, would contribute to the university’s efforts to characterize the regional geology, stress regime, fracture networks and optimal stimulation practices, the federal agency noted.

Researchers plan to collect data from three undisclosed operators within the basin and endeavor to forecast the effectiveness of novel stimulation approaches.

The Paradox project is one of 12 similar projects focused on oil and gas recovery technology, adding up to a total DOE investment of $44.5 million.

Crude production in Utah rose in April to 106,000 b/d, up by 2.6% from the previous month and 2.9% from a year earlier, according to the latest data from the Energy Information Administration.

Natural gas production, on the other hand, has fallen steadily over the same period, totaling 765 MMcf/d in April, down by 0.4% on the month and down by 8.6% from a year earlier.

Exploration of Utah’s tight formation is new relative to other major Lower 48 formations like the Permian and Anadarko basins, leaving much still to be discovered, according to the Utah Geological Survey (UGS).

“The regional distribution and thickness of these rocks are poorly mapped and the extent of the gas plays has not been defined,” UGS said on its website.

Speaking of the Paradox Basin specifically, pores in the shale and tight formations have only recently been recognized, meaning “new gas discoveries are highly probable not only from the shales themselves, but also from the associated carbonates,” UGS said.

The top operator by crude production volumes in Utah’s San Juan County, which sits atop the Parado formation, is Elk Operating Services LLC, according to the Utah division of oil, gas and mining. The top gas producer in the county by volume is Capitol Operating Group LLC.