Hot on the heels of approval by FERC, Venture Global’s Calcasieu Pass LNG export project in Cameron Parish, LA, has been issued a long-term order by the Department of Energy (DOE) authorizing it to export domestically produced liquefied natural gas (LNG) globally. 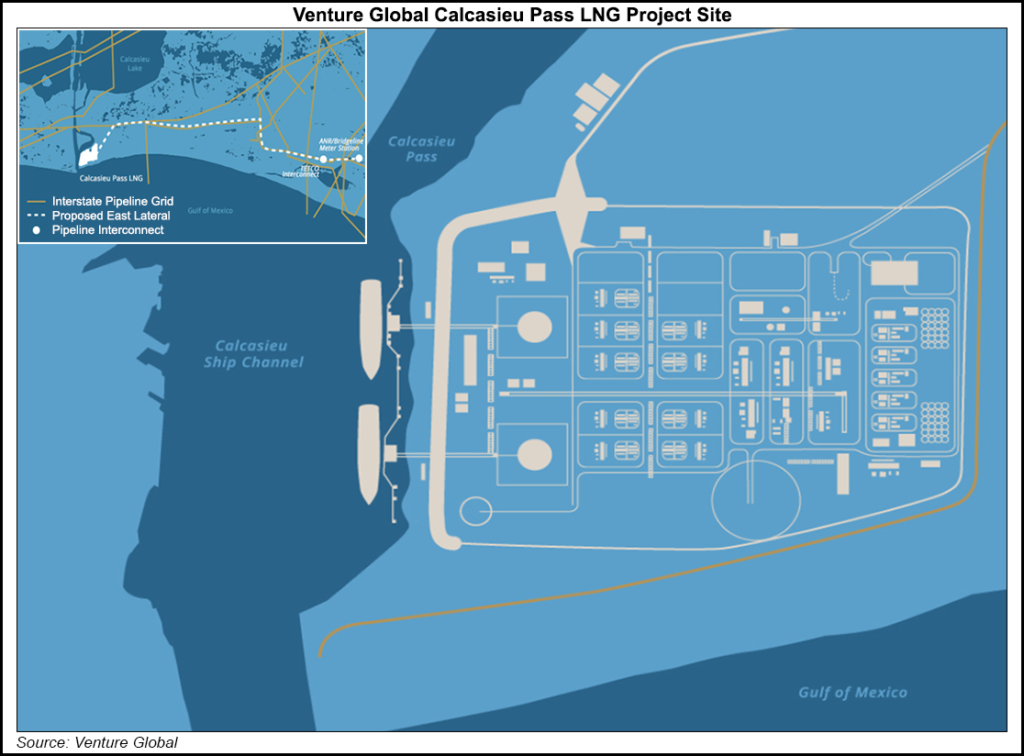 According to the full final authorization issued by DOE Tuesday, which allows Calcasieu Pass to export to countries that do not have free trade agreements (FTA) with the United States, the facility is authorized to export 1.7 Bcf/d (620 Bcf/year) to non-FTA countries from the proposed facility for 25 years.

“Projects such as Calcasieu Pass’s LNG export project represent a tremendous opportunity for the United States,” said Secretary of Energy Rick Perry. “To secure our place among the top LNG exporters in the world, brings great benefits to both the United States and our trading partners around the world.”

DOE’s approval comes less than two weeks after the Federal Energy Regulatory Commission approved Calcasieu Pass. In approving the LNG export facility, FERC said it had achieved “a new approach for consideration of direct greenhouse gas emissions from LNG facilities.” DOE may also have achieved a breakthrough of sorts in its approach, according to analysts at ClearView Energy Partners.

“In this action, the Trump administration has moved away from the prior administration’s practice of waiting until FERC dispensed with requests for rehearing before granting a license,” analysts said. “We observed that waiting until the Commission acted on rehearing of the certificate resulted in a six-month or longer interval between FERC certificate and the DOE export license approval. Given the Commission’s Feb. 21 certificate order to Calcasieu indicates to us that this interval has now shrunk to a few weeks.”

The export facility, to be built on a 930-acre site in Cameron Parish, would have an export capacity of 10 million metric tons/year (mmty) and include two 200,000 cubic meter LNG storage tanks; two LNG berthing docks, designed to handle carriers of 120,000-210,000 cubic meter cargo capacity; and a 1,500-foot by 3,000-foot turning basin adjacent to the Calcasieu River Ship Channel. All would be built and operated by Venture Global Calcasieu Pass LLC, a subsidiary of Venture Global LNG.

The project also calls for constructing 23.4 miles of 42-inch diameter pipeline to bring feed gas to the terminal site. The pipeline would have interconnections with ANR Pipeline Co., Texas Eastern Transmission LP and Bridgeline Holdings LP. Associated infrastructure would be built and operated by TransCameron.

Construction of the facility could begin at any time. “We have filed our implementation plans with FERC to commence site works imminently,” Venture co-CEOs Bob Pender and Mike Sabel said Tuesday.

The United States is now in its third year as a net exporter of natural gas, and is exporting LNG to 34 countries across five continents, according to DOE.