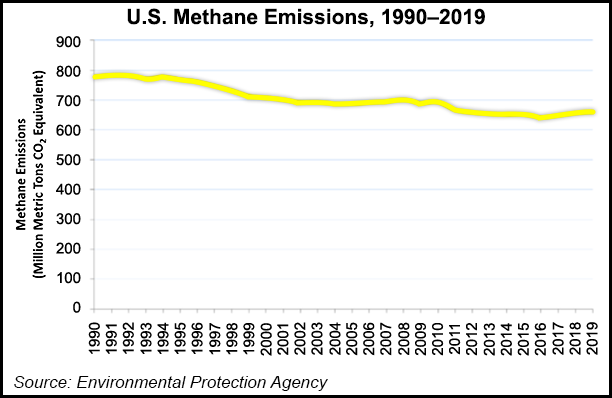 The independent said it would deploy another 500 methane emissions detection devices to its field operations team, building upon a 100-unit pilot project it has conducted in the region.

Diversified said that it upholds a “zero-tolerance policy regarding unintended methane emissions.” The company aims to repair and document all emissions and publicly disclose the results of its emissions detection and repair activities.

“We are actively accelerating investments in emerging environmental technology that will greatly expand our field operations team’s ability to detect and repair methane emissions and across our broader assets base,” said CEO Rusty Hutson.

Hutson’s firm also noted that it “continues to evaluate complementary emission reduction investments” as it integrates assets it has acquired beyond its Appalachia origins — specifically in the Haynesville and Barnett shale plays and, more recently, the Midcontinent.

Diversified reported its five-fold increase in methane detection units as the Biden administration seeks to impose broad limits on methane emissions from oil and gas operations through a proposed Clean Air Act rule. The proposed mandate by the U.S. Environmental Protection Agency (EPA) would force states to limit methane emissions “from hundreds of thousands of existing sources nationwide for the first time,” the federal regulator said last week.

According to Diversified, the company is designing its emissions reduction programs to exceed existing state and federal methane emissions requirements — including those in EPA’s latest proposal.

“Respecting environmental stewardship in making business decisions is a core value for our employees,” said Hutson. “Diversified remains committed to the continuous improvement of our environmental performance and to outpacing the expectations of our stakeholders.”