Oil demand is not expected to return to 2019 levels until the end of next year or early 2022, with future growth to be “much more modest” than the 2 million b/d growth rates of the past, according to IHS Markit Vice Chairman Daniel Yergin. 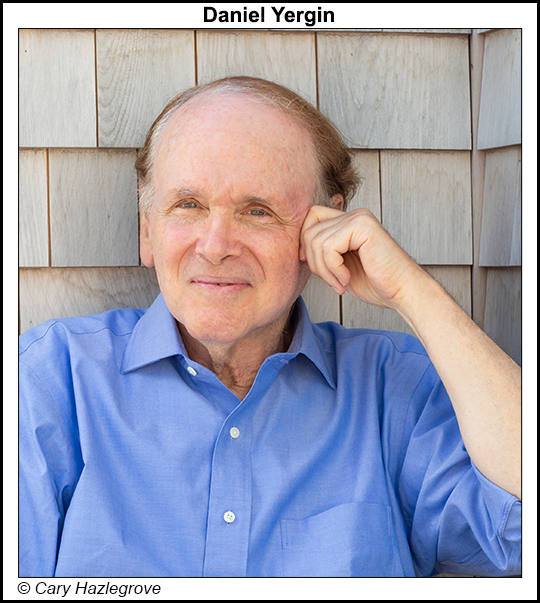 The executive, who released his newest book, “The New Map: Energy, Climate, and the Clash of Nations,” in September, discussed how the eventual oil recovery may take shape in a recent video interview with the Dubai-based Al-Arabiya News Channel’s English language service. In the interview, Yergin said future oil growth would depend on a number of factors, including the price of oil and how consolidation in the upstream space takes shape.

In addition, Yergin said shale producers now are in the position of having to convince wary investors to come back to the industry they helped develop. To do this, “companies will have to return money to investors, which wasn’t the case before.”

Meanwhile, there’s still between 7-7.5 million b/d that is “sitting on the sidelines” waiting for demand to return. Yergin said the deal reached between the Organization of the Petroleum Exporting Countries (OPEC) and its allies to boost output by 500,000 b/d per month beginning in January “is very wise” because it allows the countries to test the recovery. With two vaccines now available to combat the virus in the United States and a handful of others available around the world, oil prices are starting to signal a recovery in demand.

However, the next couple of months are going to be “very tough” and may have a negative impact on demand, according to Yergin. A “cautious” month-by-month approach to production “makes a lot of sense.”

Once prices start to rise and concerns over market share begin to resurface, Yergin said the industry “won’t quickly forget what happened last April and what a difficult, dire situation they faced.” To that end, self-interest may include maintaining “some kind of cohesion. But it’s tough when you have that many countries involved.”

Meanwhile, the reduction in investment in the upstream space will likely have an impact on the industry, according to Yergin. However, following a return to more normal economic growth, demand is expected to increase, and prices may move into “a more reasonable range that will support investment and will at least draw back some investors.”

The executive noted the “much greater commitment” to energy transition that is cultivating in the administration of President-elect Joe Biden. A sea change in federal policy is expected when Biden takes office on Jan. 20, with the soon-to-be commander-in-chief recently announcing his picks for the top climate and energy posts.

Biden has pledged to ban new onshore and offshore drilling on federally owned tracts and to immediately issue an executive order to rejoin the United Nations landmark climate change accord, aka the Paris Agreement. He also has signaled he wants to put the United States on a path to a carbon-free power sector by 2035 and a carbon-neutral economy by 2050.

However, Yergin said, “it’s easier to say what the target is than to say how to get there.”

That’s going to be a big focus of effort and would require a lot of money, he said. Nevertheless, Yergin expects peak oil demand to occur in the 2030s before beginning a decline. He still sees “substantial” oil and gas being used around the world in 2050.

Yergin’s view on how the oil recovery may evolve is similar to those of the International Energy Agency (IEA) and OPEC. The IEA in its Oil Markets Report for December cited the pandemic-induced travel restrictions that continue to curb demand for jet fuel and gasoline in Europe and the United States. The Paris-based watchdog said 2020 oil demand would fall 8.8 million b/d when compared to 2019, to 91.2 million b/d, while 2021 consumption would increase by an estimated 5.7 million b/d.OPEC, meanwhile, said it now expects consumption to rise by 5.9 million b/d to 95.89 million b/d in 2021. In November, it predicted demand would grow by 6.25 million b/d. Last month’s outlook reflected a 300,000 b/d drop from a previous forecast.