Permian Basin pure-play Diamondback Energy Inc. has brought all of its curtailed production back online and expects to generate free cash flow in the second half of the year, management said Tuesday. 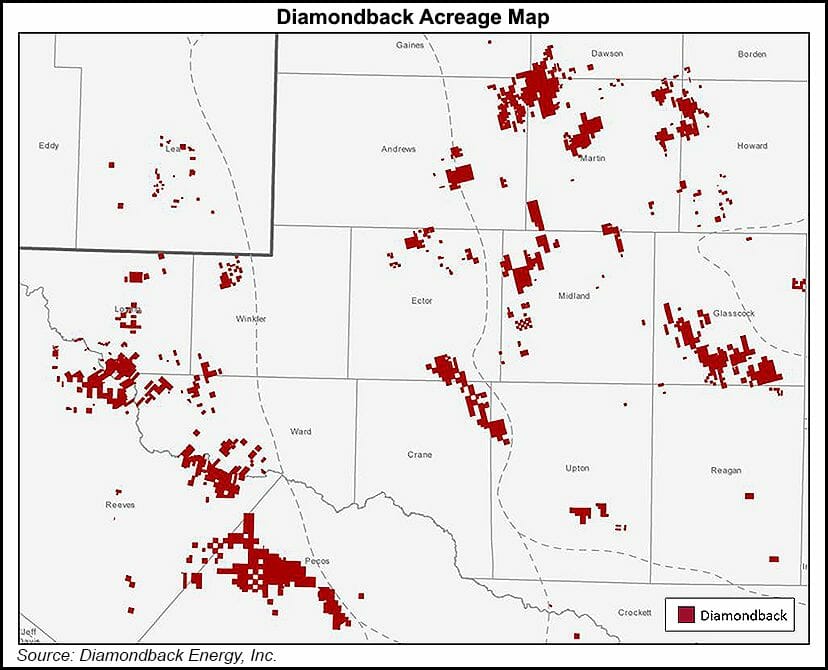 The company curtailed 5% of its oil output during the second quarter in response to a pandemic-induced global supply glut, “with zero wells turned to production in the month of June,” CEO Travis Stice told analysts during the firm’s second quarter earnings call. “This curtailed production has been restored and is now receiving significantly higher realized prices than it would have received when the decision was made to curtail.”

Stice said the Midland, TX-based firm expects “to generate significant free cash flow in the second half of 2020 and in 2021 at current forward commodity prices,” adding, “Under a maintenance capital scenario next year, should that become the base case operating plan, Diamondback can hold expected fourth quarter 2020 oil production flat while spending 25-35% less than 2020’s capital budget, including lower midstream and infrastructure budgets.”

Stice said, “Certainly we’re not seeing any signals that growth is needed from Diamondback or from our industry in general. So growth in today’s world is pretty much off the table.”

Stice went on to say that, “our primary form of return to our shareholders is in the form of our dividend, and our board’s committed to maintaining that dividend and hopefully growing that into the future as well. Beyond that, excess free cash flow…will be [used] to reduce debt.”

Diamondback’s operated rig count plunged from 20 rigs at the end of March to six rigs currently, Stice said, “In response to historically low commodity prices, we made the decision to complete as few wells as possible in the second quarter…”

Stice was asked about the implications for the energy sector should presumptive Democratic presidential nominee Joseph R. Biden Jr. win in the November presidential election.

“We don’t have a lot of clarity on what the regulatory environment’s going to look like if we fast-forward to an administration change, but what we do know is that it won’t speed up,” he said. “Things won’t become more efficient, and so what we’re trying to do is be as much on our front foot on things that require regulatory approval.”

He added that, “we have essentially no exposure to federal acreage, but we’re going to see what the new rules of engagement are…” Biden has pledged to ban new drilling on federal onshore and offshore tracts.

Diamondback reported a net loss of $2.39 billion (minus $15.17/share) for the quarter, versus a net profit of $349 million ($2.12) in the similar 2019 period. The loss was driven primarily by $2.54 billion in impairment charges related to lower commodity prices.