The Department of Homeland Security (DHS) on Sunday approved a temporary Jones Act waiver for an LNG cargo destined for Puerto Rico in order to ensure the island has electricity as it recovers from Hurricane Fiona. 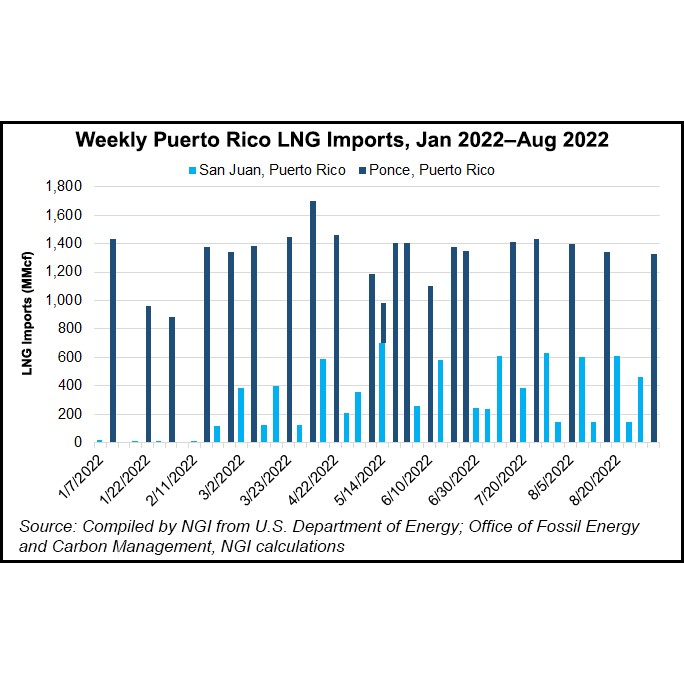 “In support of the Puerto Rican people as they continue to recover from Hurricane Fiona, I have approved a temporary and targeted Jones Act waiver to address the unique and urgent need for liquified natural gas in Puerto Rico,” said DHS Secretary Alejandro Mayorkas.

“As with the previous waiver,” Mayorkas added, “the decision to approve was made in consultation with the Departments of Transportation and Energy to assess the justification for the waiver request and based on input from the Governor of Puerto Rico and others on the ground supporting recovery efforts.”

In a tweet on Monday (Oct. 17), Puerto Rico Governor Pedro Pierluisi confirmed that the waiver was requested “to allow for a natural gas barge from the Dominican Republic to arrive in Puerto Rico. We requested an expedited approval to ensure continued generation at the EcoEléctrica plant.”

DHS is allowed to grant waivers to the Jones Act if the proposed shipments are in the interest of national defense and after careful evaluation of the issue.

DHS noted that In 2020, Congress eliminated the federal government’s authority to issue long-term comprehensive waivers, except in circumstances where a waiver is required to “address an immediate adverse effect on military operations.” Waivers that do not meet that standard must be reviewed on a case-by-case basis.

Fiona struck Puerto Rico in mid-September, knocking out power before making a second landfall in the Dominican Republic.

“We are pleased DHS recognizes the importance of American energy, specifically U.S. LNG, in helping the people of Puerto Rico recover and rebuild following Hurricane Fiona,” the American Petroleum Institute’s Robin Rorick, vice president of midstream policy, told NGI. “The Jones Act waiver process has been in place for decades, ensuring that consumers have access to a reliable energy supply.”

What About New England?

The waiver approval notwithstanding, DHS called the Jones Act “vital to maintaining the strength of the American shipbuilding and maritime industries…”

However, leaders in New England –  which relies on LNG imports in the winter to meet its gas supply needs – have expressed a different view.

The governors of Massachusetts, Connecticut, Maine, New Hampshire, Rhode Island and Vermont signed a letter to Energy Secretary Jennifer Granholm asking her to consider whether “it might be appropriate to suspend the Jones Act for the delivery of LNG for a portion or all of the winter of 2022-2023.”

“We urge the Department of Energy to stand ready to support targeted requests for exemptions to the Jones Act to allow New England to access domestic LNG by tanker if emergency conditions develop this winter or in the future,” van Welie said.

Bloomberg reported that the waiver granted on Sunday was for an LNG tanker called the Methane Princess.