Oklahoma City-based Devon Energy Corp.’s first quarter oil and natural gas production, mostly pulled from the Permian Basin, is likely to be off by 8% because of the wintry freeze that gripped the country in February, the independent said Monday. 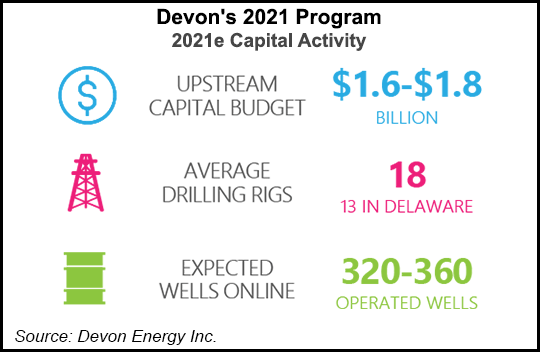 Production has since been restored to pre-storm levels, with weather-related downtime “confined to the first quarter,” management said.

“With our operations fully restored to pre-storm levels, we are well positioned to execute on our disciplined capital plan, accelerate free cash flow generation and return increasing amounts of cash to shareholders,” CEO Rick Muncrief said.

The severe winter weather sent production down, but per-unit expenses up by around 5%.

The updated guidance excludes the acquisition of WPX Energy Inc. prior to completing the takeover in early January, which limited production by an incremental 3%. Devon also sold its Wind River assets in Wyoming as of early March, which has trimmed another 2,000 b/d from 2021 production. 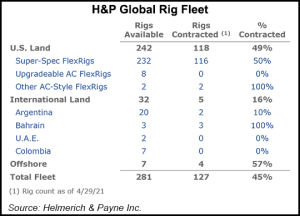