Oklahoma City-based Devon Energy Corp., which gained entry into the unconventional natural gas business in 2002 with what at the time was a megadeal in the Barnett Shale, has agreed to sell the legendary assets in North Texas to Thailand’s Banpu Kalnin Ventures (BKV) for $770 million.

The sale, while not a surprise as the leasehold has been on the market for a long time, marks the end of an era, as the Barnett was the laboratory used by industry icon George Mitchell to tweak initial drilling techniques combining hydraulic fracturing with horizontal drilling to tap into tight gas formations.

Devon paid $3.1 billion in late 2002 to acquire Mitchell Energy & Development Corp., heralding the beginning of the “Shale Gale,” as it has been aptly called. However, as gas prices continued to stagnate, the independent has since turned its attention to Lower 48 oil targets and had all but abandoned the birthplace of unconventional production.

“Devon’s transformation to a U.S. oil growth business is now complete,” said Devon CEO Dave Hager. “The timely and tax-efficient exit from Canada and the Barnett this year has generated $3.6 billion of proceeds at accretive multiples to Devon’s current valuation.

“Furthermore, these transactions accelerate efforts to focus exclusively on our resource-rich U.S. oil portfolio, where we have the ability to substantially increase returns, margins and profitability.”

The Barnett, Hager said, “has been a cornerstone asset for Devon over the past two decades. With this change in ownership, it is great to see our talented and innovative employees supporting this high-quality gas asset transition to a world-class company like Banpu.”

BKV would become the biggest gas producer in the Barnett with the purchase, which includes more than 320,000 gross acres and 4,200 producing wells.

Devon’s net production from the properties averaged 597 MMcfe/d in 3Q2019. At the end of 2018, Devon’s proved reserves associated with the Barnett amounted to 4 Tcfe.

The transaction with BKV includes various purchase price adjustments that, among other things, allocate revenues and expenses based on a Sept. 1, 2019, effective date. BKV is sponsored by Banpu pcl, a Thailand-based coal mining and power-generation company, itself an affiliate of Kalnin Ventures LLC.

“We are excited to announce this acquisition in the Barnett Shale,” BKV CEO Christopher Kalnin said. The company plans to “leverage technology to drive operational performance. Devon has done wonderful work in the Barnett Shale and we look forward to continuing that tradition, delivering high-quality returns for many years to come.”

The transaction, he noted, “represents our continued belief in the long-term potential of U.S. shale gas and is fully in line with Banpu’s vision of developing a greener and smarter energy portfolio.”

The Barnett transaction represents BKV’s seventh transaction since 2016, with more than $1.3 billion of capital deployed into Lower 48 gas-weighted assets that to date have been focused in the Marcellus Shale.

The Barnett acquisition, when completed as expected by mid-2020, would make BKV a significant U.S. gas producer with an estimated 780 MMcf/d of production, management said.

Devon also announced that the board has authorized a new $1 billion share repurchase program, bringing the total repurchase authorization to $6 billion. The new program expires at the end of 2020, with $800 million of the total conditioned upon the closing of the Barnett transaction. To date, Devon has repurchased 144 million shares, or nearly 30% of outstanding shares, at a total cost of $4.8 billion.

“Given our strong balance sheet and projected free cash flow, this new authorization will provide us additional flexibility to continue the return of cash to our shareholders,” Devon CFO Jeff Ritenour said.

In reaction, Raymond James & Associates Inc. analyst John Freeman said the sale would enable Devon “to focus exclusively on its higher-margin oil-weighted U.S. onshore portfolio,” which consists of its core Permian Basin properties in the Delaware sub-basin, as well as the Eagle Ford Shale, Powder River Basin and Oklahoma’s STACK, aka Sooner Trend of the Anadarko Basin, mostly in Canadian and Kingfisher counties.

The transaction is a positive, given the “commodity environment,” said analysts with Tudor, Pickering, Holt & Co. (TPH). “It was a buzzer beater but Devon was able to announce the sale of the Barnett by year-end as promised,” and the sale “beats our most recent estimate of $700 million for the 597 MMcfe/d asset.” 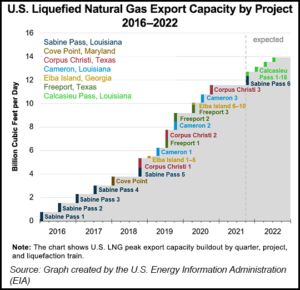