Private equity firm White Deer Energy has acquired Pennsylvania-based Deep Well Services with the goal of expanding the company’s expertise beyond working on enormous Appalachian natural gas wells to other onshore basins across the country. 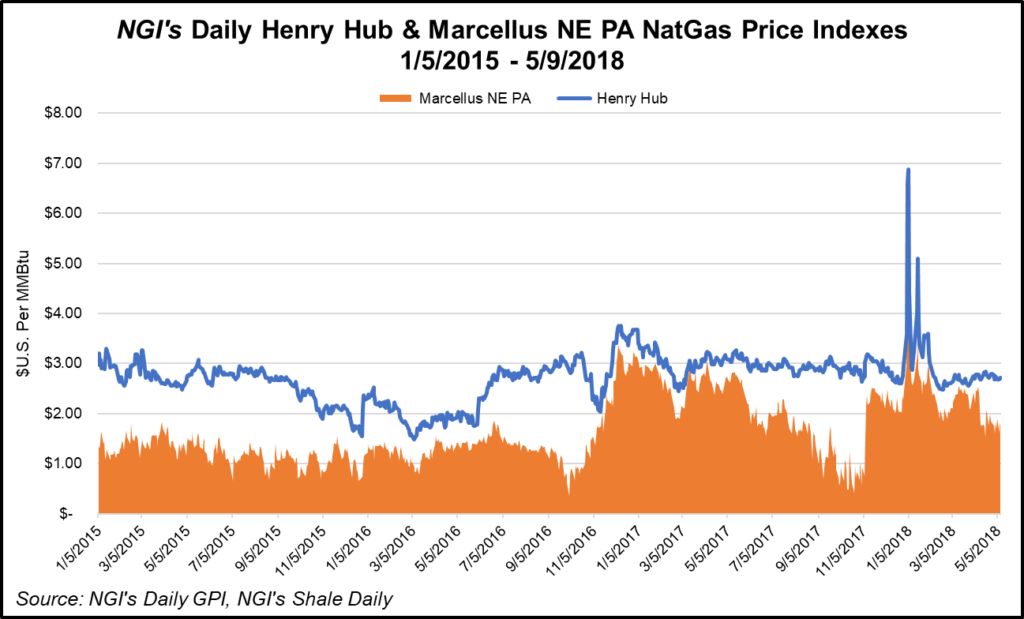 Houston-based White Deer, which has portfolio companies that work primarily in the Permian Basin, Midcontinent and Rockies, completed the purchase from Pittsburgh-based 3 Rivers Capital last month for an undisclosed price. White Deer targets investments of $50-150 million, however, and the firm confirmed that the acquisition was within that range.

Deep Well, headquartered about 30 miles north of Pittsburgh in Zelienople, was established in 2008 and has grown rapidly in recent years.

“We’ve been aware of this trend toward longer laterals and basically the industry has faced challenges as these laterals get longer and longer,” said White Deer partner James Meneely, who is overseeing the Deep Well investment. “In visiting them, we came to the conclusion that they have arrived at a relatively simple way of addressing these issues using technologies that exist. The technology has to be modified a bit, but it’s not like reinventing the wheel or anything.”

Deep Well is a familiar name in Appalachia, especially in the southwest part of the basin. The firm has service rigs that perform conventional and unconventional workovers and completions, but its specialty is snubbing, or forcing pipe downhole under high pressures.

The company has developed a fleet of customized snubbing units designed specifically to service the deep, long-lateral wells that characterize unconventional development across the country, including Appalachia where operators are in need of all the efficiencies they can find as natural gas prices have remained stubbornly low.

During first quarter earnings calls last month, Antero Resources Corp., EQT Corp., Range Resources Corp. and Southwestern Energy Co. all touted the longest wells they’ve ever drilled in the Marcellus and Utica shales, with laterals ranging in size from about 14,000 feet to more than 18,000 feet.

“Something that we’ve been talking about a bit over the last six months or so, is this focus on capital discipline,” BTU Analytics LLC senior energy analyst Jake Fells recently told NGI’s Shale Daily. “As part of that, these companies are looking to achieve efficiencies wherever they can, and one of the ways that a lot of companies are doing that is by trying to get more productivity out of fewer wells. One of the strategies to accomplish that is through lateral lengths.”

Operators are also focused on drilling more footage faster and cutting the time it takes to release a rig for the next job. In addition to longer laterals, they’re pumping more proppant, completing more stages and managing pressure more closely once a well comes online. Operators across the U.S. onshore have for years been shifting toward longer laterals, but much of the growth has occurred in the Northeast, where the dynamics are different from oilier plays.

“You look at the Permian, or even Oklahoma, for example, they are not going to be nearly as pressured — from a cash flow standpoint — as the gas-focused plays,” Fells said. “The cash flow is not nearly as much of a pinch for them as it is in Appalachia, and that’s one of the reasons why you’re seeing [Appalachian] producers focusing more on longer laterals.”

As a result, Deep Well has been growing. It announced plans in 2014 to add personnel and equipment, even as oil prices continued to slide and gas prices stagnated.

“We were, I think, positively surprised by the level of market share that they were able to achieve during a pretty crappy time,” Meneely said of Deep Well’s operations during the downturn. “When things are tough, people get pretty protective of their market share. So, that they reached the levels they reached, suggested to us that what they were doing actually works.

“But really what made it key for us was that you could basically do what they’re doing in Appalachia in other basins.”

From 2013 to 2017, BTU data showed that average lateral lengths in Appalachia increased by more than 40%, with annual increases of roughly 7-13%.

“I think the laterals are getting longer and longer in other basins across the U.S. They pretty much let the Appalachian Basin test it,” Deep Well CEO Mark Marmo said of the upstream sector during an interview last month. “We’ve been ahead of the curve and we’ve been able to do that here. So, it just makes sense for us, as our customers go longer in other basins, to go right along and follow them, and help them to complete those wells.”

Among the company’s customers are Appalachian heavyweights that have drilled some of the basin’s top-performing wells. They include Ascent Resources LLC, CNX Resources Corp., Range Resources Corp., Chevron Corp., Royal Dutch Shell plc, XTO Energy Inc., and Eclipse Resources Corp., which continues to tout its “super lateral” wells, one of which was drilled beyond 20,000 feet in Ohio.

“When you do start getting out into these longer laterals there are certainly more complex operations involved with not only drilling and staying in the pay zone the entire time, but also completing a well, bringing it on, maintaining pressure and so forth,” Fells said. “So, it is a partnership between the services companies and the producers.”

Marmo said the company has averaged 85% equipment utilization over the last 18 months, along with doubling its revenue and adding more than 180 employees over a two year period.

“It’s the drilling out of plugs on these longer laterals, but also as you drill more of these longer laterals down the road, they’re going to need additional service,” Meneely said of Deep Well’s expertise. “If you can’t get to the farthest reaches of the lateral” using typical equipment, “Deep Well and their snubbing units can come in and provide workover services in this growing inventory of longer laterals that’ll exist over the next decade or so.”

Ultimately, White Deer wants to monetize the investment, but until then, the firm plans to “significantly grow” the workforce and help it move beyond Appalachia, Meneely said. Marmo added that the company also wants to add business lines, but wouldn’t offer specifics, saying only that management is interested in pursuing anything it can offer while the company’s crews are on a well pad.