Europe is expected to continue paying exorbitant prices to attract LNG cargoes next year, particularly given how limited new supplies of the super-chilled fuel will be. 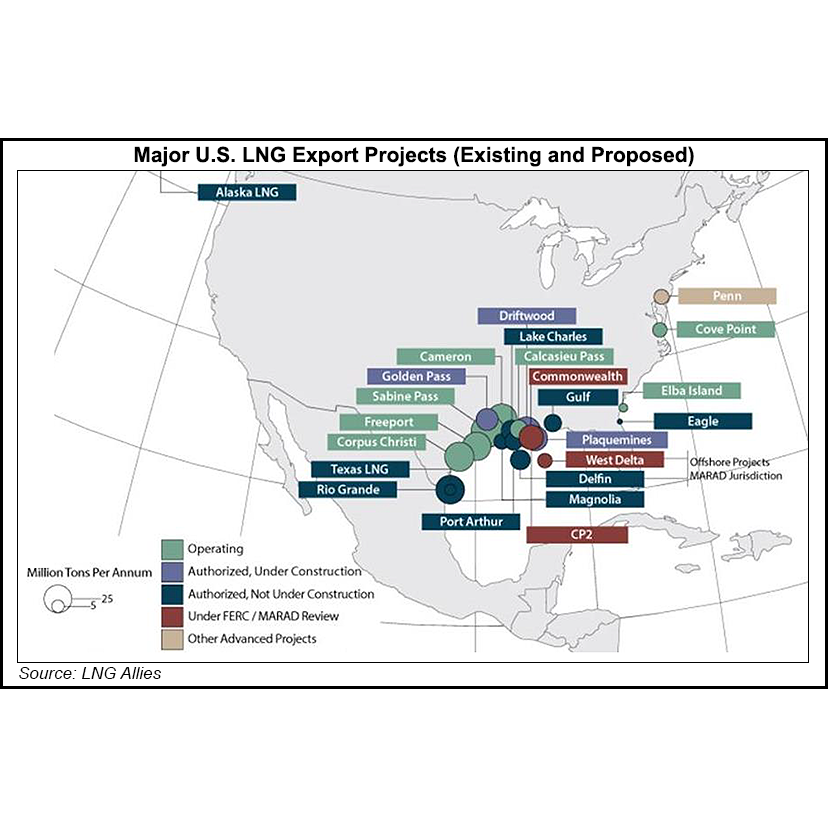 A decline in sanctioned projects over the last decade during a low price environment and underinvestment in fossil fuels means new liquefaction capacity may be scarce until 2025, when new U.S. terminals and Qatari liquefaction trains ramp-up to drive further growth.

The lack of new capacity is likely to keep liquefied natural gas prices elevated in the near-term, speakers said last month at the North American Gas Forum in Washington, DC. In addition, Europe’s reluctance to sign long-term contracts will also leave it exposed to higher prices on the spot market longer-term, executives said.

“You can bail out and take over Uniper, or as we saw in the early days of Gulf of Mexico LNG facilities, that was governments from Asia choosing to invest in U.S. facilities,” said LNG Allies consultant Mark Menezes. “The offtake was expected to go to Asia. It has been going to Europe. The money spent to bail out Uniper could have been spent on long-term contracts, and the country would have been guaranteed supply.”

Asia this year began selling contracted LNG into Europe on a spot basis at steep premiums, something Menezes said Europe could do in the future as its economies are decarbonized.

For now, the continent is facing a massive supply shortfall. It was able to fill storage inventories this year partly with the help of Russian imports, which have slowed to a trickle. LNG imports, which have jumped 40% year/year, helped fill that void.

Global LNG output has been weak too, which could further challenge the market next year, according to UK consultancy Timera Energy.

“One of the under emphasized stories of 2022 is that despite the incentive of record LNG price levels, global LNG production volumes have been weak on a relative basis,” the firm said.

“In summary, while global LNG supply has increased year-on-year, this has been driven by new capacity coming online in the United States, as opposed to an improvement in the performance of existing terminals in response to high prices,” Timera said.

Record prices have spurred investments and a wave of long-term contracting, primarily in Asia. Timera said 79 million metric tons/year of new LNG capacity was sanctioned in 2021 and 2022.

However, it takes around five years to develop a terminal. Many buyers in Europe have been reluctant to sign 20-year contracts given decarbonization policies and demand uncertainty, Timera noted.

ABB Ltd.’s Brandon Spencer, a division president at the energy technology firm, said it is important to improve how large and small LNG projects are developed.

“One thing we can always improve on is speed and how long these projects take to develop, engineer and roll out,” Spencer told North American Gas Forum attendees.

Still, Poten & Partners consultant Majed Limam said the global gas market will continue to grow for the foreseeable future. He noted that the LNG trade has grown on average by 7% annually between 2000 and 2022, outpacing most other commodities.

“Renewables need backup until batteries catch up and utility-scale economics work,” he told the audience. “Gas is going to play a key role, LNG in particular, because of its flexibility. A lot has to happen for Europe to do what it needs to replace Russian gas.”