Presidents don’t get their own libraries until after they leave office; however, Alaska’s multiple proposed projects for North Slope natural gas pipelines now have a digital library, even though not one of them has been built yet.

“We have started with about 500 documents and plan to add hundreds more as we build the collection,” said Federal Coordinator Larry Persily. “We have invited federal and state agencies to help us add to ‘The Pipe Files’ and expect it will grow much larger. We’re still refining the search features and invite users to send us their feedback.”

The federal gas line office contracted with the Alaska Resources Library and Information Services, located at the University of Alaska Anchorage, to build the collection, digitize older documents, design the search software and maintain the server for the library. Canada’s Northern Pipeline Agency cooperated, contributing work it has collected on an Alaska gas pipeline project through Canada to serve North America.

The coordinator selected items for the library from its own files, from collections of the Alaska Resources Library and Information Services and University of Alaska Anchorage Consortium Library. Several U.S. federal and state agencies also provided material, particularly the U.S. Bureau of Land Management and Alaska Department of Revenue.

The digital library is intended to serve as a resource for the general public, historians, students, public officials, industry and other researchers, including U.S. federal, state, municipal and Canadian agencies. Everything in the library is in the public domain, and access is free. Users can search by title, author, agency, key words and many subject categories. A full-text search function also is being developed.

Efforts to commercialize Alaska’s North Slope gas have shifted from a pipeline to serve Canada and the Lower 48 to an in-state pipeline and liquefied natural gas (LNG) project that would be backed by the state’s major producers and TransCanada Corp. (see Daily GPI, Oct. 5). Meanwhile, other in-state pipeline projects are on the table as well as plans for the near term to truck LNG to Alaska utilities (see Daily GPI, Dec. 11).

Related topics: After Consent Form However Leave Libraries Multiple Part Presidents Prior Redistributed They Until Whole Without Written 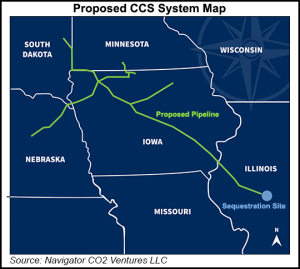