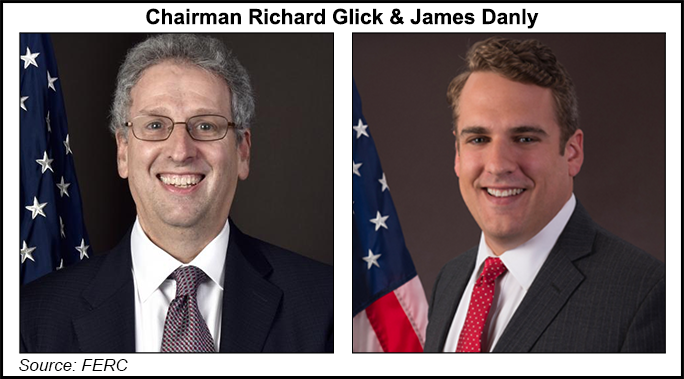 However, in doing so the Federal Energy Regulatory Commission is leaving pipeline developers in the lurch by not providing a timely response to substantive objections filed months ago over the changes, according to Commissioner James Danly.

FERC implemented the reform as it was facing judicial scrutiny from the U.S. Court of Appeals for the D.C. Circuit over its procedures for handling challenges to its pipeline certificate orders, with landowner rights among the key issues raised in the court proceedings.

Pipeline operators last summer promptly registered their concerns over the reforms at FERC, highlighting the potential for the rule to lead to delays to pipeline construction in situations unrelated to landowner concerns.

Despite a range of “legitimate arguments” raised by pipeline operators, in its latest action FERC has failed to offer a meaningful response and is inappropriately prolonging the procedure, Danly wrote in his dissent. Under the order, the parties won’t receive a ruling on the merits until around 10 months after submitting their rehearing requests, he said.

“An inattentive reader who does no more than glance at the title of today’s order might well be lulled into believing that it accomplishes more than it really does,” Danly wrote. “Despite the title, the Commission neither addresses the arguments raised on rehearing nor provides any clarification.”

Last week’s order seeks further comment from “all interested parties” in order to “facilitate our reconsideration of the rulemaking and ensure a complete record for further Commission action.” The order sets a schedule for all briefs to be filed by March 3, with another 60 days allotted for the Commission to issue an order addressing both arguments raised on rehearing and in any briefs.

“Should the Commission modify its practices or procedures to address concerns regarding the exercise of eminent domain while rehearing requests are pending before the Commission? If so, how?” the order asks.

For his part, Danly took issue with expanding the scope of the rehearing proceeding.

“The questions set forth for briefing are not confined to the issues properly raised on rehearing. One question asks whether the Commission should modify its practices or procedures to address concerns regarding the exercise of eminent domain while rehearing requests are pending before the Commission,” Danly wrote. “No rehearing request suggests the Commission take this step. One wonders why this is the appropriate vehicle for such an inquiry.”