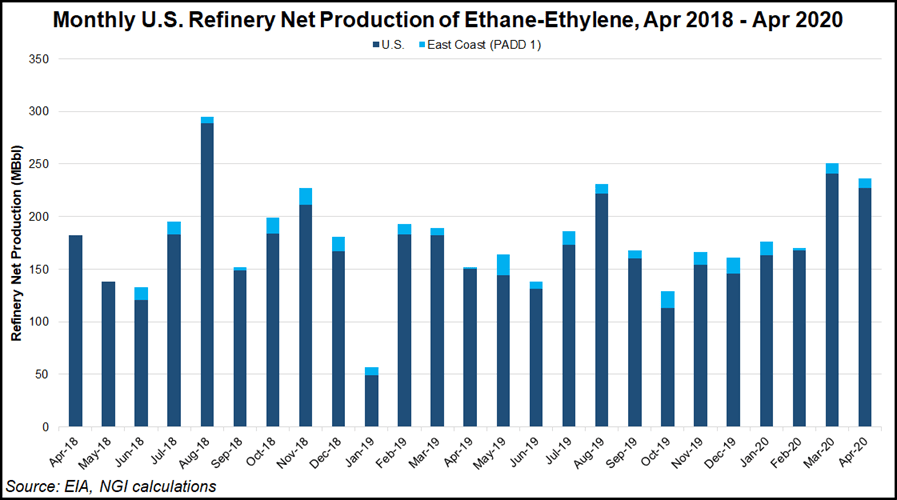 Daelim Chemical USA dropped its stake, citing the Covid-19 pandemic’s impact on the project timeline and the global economy’s impact on its investment plans. PTT affiliate PTTGC America LLC said it would move ahead with the cracker and look for another partner as Daelim aids in the transition.

Earlier this year, the companies said a final investment decision (FID) would likely be delayed because of market volatility caused by the coronavirus. It wasn’t the first time an FID for the project has been postponed, but before the outbreak the companies expected to make a decision by the end of June.  They said Tuesday a decision on sanctioning wasn’t likely for another six to nine months.

PTT has been at work on the facility since 2015. It partnered with Daelim, a South Korean conglomerate, in 2018 to conduct a feasibility study and secure funding for the project, which would be located in the heart of the Utica Shale in Belmont County.

“The Ohio petrochemical facility continues to be a top priority for PTTGC America,” said CEO Toasaporn Boonyapipat.  “We are in the process of seeking a new partner whilst working toward a final investment decision. We look forward to making an announcement by the end of this year or early next year on this transformative project for the Ohio Valley region.”

The first phase of site preparation and engineering work has been completed, with other demolition jobs remaining around the site on the Ohio River. All of the nearly 500 acres required for the plant have also been purchased, and Ohio has contributed more than $70 million in revitalization and economic development grants and loans.

The plant, which has secured all major regulatory approvals, would use six ethane cracking furnaces and manufacture ethylene, high-density polyethylene and linear low-density polyethylene, which are used in plastics and chemical manufacturing. It would be similar in size to another cracker underway by Royal Dutch Shell plc in nearby western Pennsylvania that would consume about 100,000 b/d of ethane.

The Pennsylvania General Assembly this week sent a bill to Gov. Tom Wolf to lure other facilities to the state that would use dry natural gas to make fertilizer and other petrochemical products. State House Bill 732 would provide tax credits for such manufacturers.

Wolf, who vetoed a similar bill earlier this year, said at a news conference that the latest version better caps tax breaks and ensures workers building any future projects receive union-scale wages.  He said the state should better protect its resources and ensure high wages in March when he vetoed the previous bill, but he didn’t rule out considering similar proposals.

Under the Local Resource Manufacturing Tax Credit Program, a business would be required to make a “good faith” effort to recruit and employ workers in Pennsylvania. A company would not be eligible for the tax credit until jobs have been created. The program is capped at $6.6 million per facility, and the number of facilities that can receive tax credits is limited to four projects. The bill authorizes 25 years of tax credits beginning in 2024.