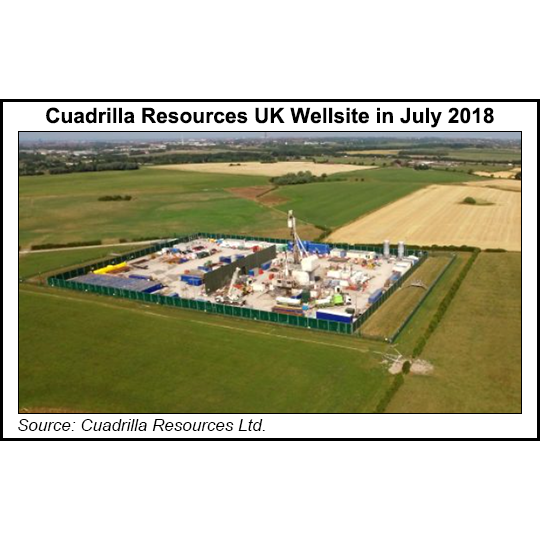 “Secure energy supply is vital to growth and prosperity,” said Truss. “Yet it has been ignored for too long. I will end the UK’s short-termist approach to energy security and supply once and for all.”

The government, said Truss, who took office this week, aims to create “a stable environment that gives investors the confidence to back gas as part of our transition to net zero.”

Ending the moratorium on exploration and production (E&P) companies to extract gas reserves from tight gas formations, imposed in November 2019, “could get gas flowing in as soon as six months, where there is local support,” said Truss.

Scrapping the moratorium would give members of the UK Onshore Oil and Gas (UKOOG) trade group “the chance to progress in developing natural gas from the abundant Bowland-Hodder shale formation under the North of England,” said director Charles McAllister.

“At a commonly applied recovery factor of 10%, that means 3.76 Tcm…which is sufficient for 50 years at current rates of UK consumption,” he said.

McAllister also said unconventional gas development in the UK would offer “community benefits, tax revenue, tens of thousands of well paid and skilled jobs, a real chance to level up the UK and energy security. Imports offer none of these benefits.”

A recent MakeUK survey found that exceptionally high energy prices could force 60% of the UK factories to go out of business.

“This is an entirely sensible decision and recognizes that maximizing the UK’s domestic energy supply is vital if we are going to overcome the ongoing energy crisis and reduce the risk of it recurring in the future,” he said.

Cuadrilla had reported “highly encouraging” results at its Bowland-Hodder test well in early 2019. However, it was forced to suspend testing operations in November 2019 when the government enacted the ban.

Barring the action, “the UK was set to import over two-thirds of its gas by the end of the decade, exposing the British public and businesses to further risk of supply shortage and price hikes down the line,” he said.

Egan noted that a “rational analysis of UK energy supply” would acknowledge that the country’s net-zero transition “will require the continued use of gas until at least 2050. Today’s announcement sets the foundation for us to move toward gas self-sufficiency, and not be reliant on the whims of dictators, or the vagaries of international supply lines and exports.”

Also applauding the decision was chemical manufacturer Ineos, which reiterated its standing offer to drill an unconventional gas test well in the UK.

“We believe we can prove we can do it safely and without harm to the environment,” said Ineos director Tom Crotty.

He said the UK could replicate the unconventional gas and oil drilling revolution that took place in the United States.

“Shale has helped transform the energy landscape and the local communities in the U.S.,” he said. “The U.S. is well protected against the energy crisis as it is making the most of its natural resources. It can do the same here in the UK.”

Citing energy transition investments by Ineos in hydrogen and carbon capture and storage, Crotty said natural gas “is and must be” part of the evolution.

“The country needs gas for at least the next 30 years,” he said. “It is patently obvious that we should be using our own gas instead of shipping it in from abroad.” 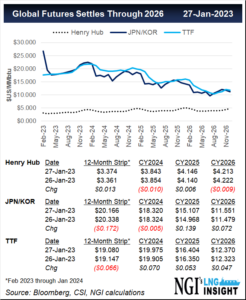 As global natural gas market volatility continues to raise questions about the effectiveness of established futures benchmarks, Abaxx Technologies Inc. is pursuing a solution through physically-settled LNG contracts. Through a unit based in Singapore, Abaxx is preparing to launch physically-settled contracts for the three major liquefied natural gas markets: Northwest Europe, North Asia Pacific and…