Three weeks after the launch of the Center for Sustainable Shale Development (CSSD) and its proposed certification process, many oil and natural gas producers are in the dark about the initiative and taking a “wait and see” approach to participating. 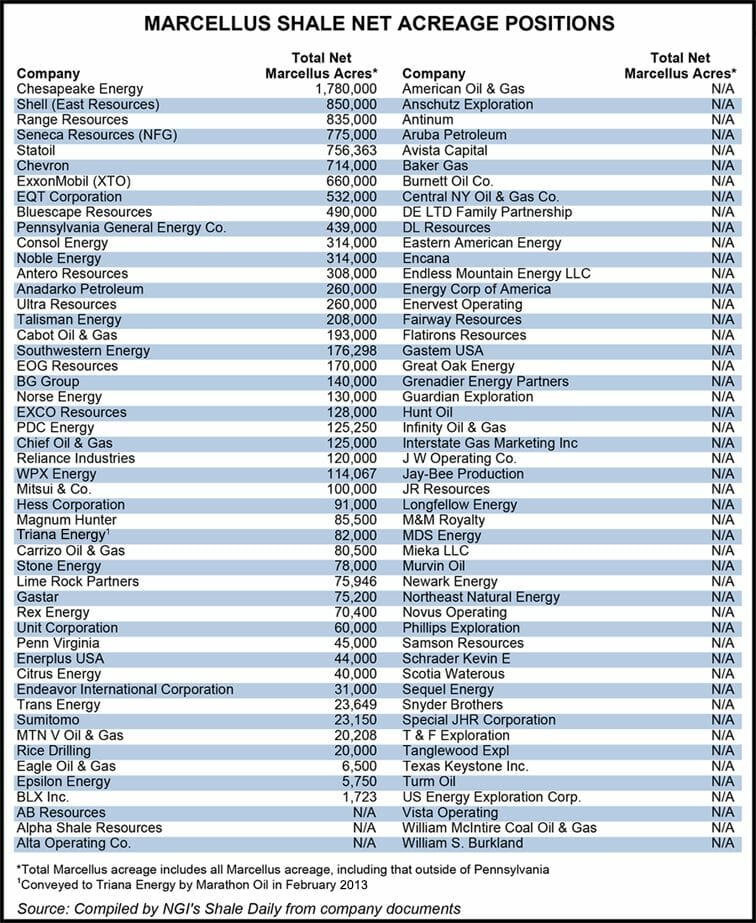 Meanwhile, some industry groups have been supportive while the organization itself predicts its membership will grow, but at an organic pace.

The formation of the CSSD was announced on March 20 by a diverse group of stakeholders, including environmental groups, philanthropic organizations and energy companies (see Shale Daily, March 21). The new organization hopes to certify producers in the Appalachian Basin for adherence to a set of 15 standards, or best practices.

CSSD President Andrew Place told NGI’s Shale Daily the discussion over what constituted best practices in the industry began two years ago. “When the group was brought together in 2011, there was an open discussion about where to look for best practices,” Place said Tuesday. “We asked if we should come out initially and build a framework, put meat on the bones. That’s the way it played out.”

Place said the new organization looked at best practices from across the industry but also from the regulatory sector, including the U.S. Department of Interior’s Bureau of Land Management and the U.S. Environmental Protection Agency. He said the CSSD also looked to various state environmental protection agencies, trade groups, the Appalachian Shale Recommended Practices Group, the Marcellus Shale Coalition (MSC) and the American Petroleum Institute (API).

“We then took that whole universe and selected a suite of topic areas that were delineated in those first days,” Place said. “It was a two-fold effort; we wanted to ensure that what we were really looking at what was leading edge, with nothing coming from left field. We weren’t plowing new ground.

“I think that was strategically and tactically a good choice. But we also wanted to be able to get to a finish line with a discreet product in a manageable time frame, not by 2016 or 2020. So we limited our scope and ambition to what we did just put out.”

Best practices identified by the CSSD include the disclosure of chemicals used in hydraulic fracturing (fracking), adopting closed-loop systems and other efforts to reduce wastewater and air emissions from the drilling process. CSSD plans to begin accepting certification applications later this year, with energy companies agreeing to be audited by an independent contractor. Part of the plan is that consumers will want to buy gas from certified producers, which will drive producers into the fold.

So far the CSSD has four industry participants (Chevron Corp., Consol Energy Inc., EQT Corp. and Royal Dutch Shell plc), but Place said the organization was in final negotiations with at least one “large independent,” and that an announcement over new membership could be made within weeks.

“We’re getting through that initial education piece,” Place said. “I’m optimistic that we’re seeing a good back and forth. People are interested in what this is about, and what it’s not about. Our membership growth is going to be organic as it gains acceptance within the various communities.

“To be honest, if I’m an operator, I’m thinking: ‘Why jump in? Let’s see it evolve. Then I will join that movement as I see some momentum.'”

That seems to be the sentiment so far, at least according to Lou D’Amico, president of the Pennsylvania Independent Oil and Gas Association. He told NGI’s Shale Daily the oil and gas producers who are members of his organization were holding in a “wait and see” posture.

“I don’t know that anybody — other than the companies that originally signed up to be a part of this — is sure exactly what’s going on,” D’Amico said Tuesday. “I think it all depends on what’s coming out of that group that will determine what will be done.”

Chip Minty, spokesman for Devon Energy Corp., told NGI’s Shale Daily he had never heard of CSSD. “But clearly we are fully engaged in sustainable practices when it comes to not only shale production, but all kinds of production,” Minty said Tuesday. “When it comes to areas like emissions reduction, water recycling, water conservation, etc., we are absolutely committed to those types of initiatives and practices.”

For their part, other organizations that advocate for the industry have sounded supportive so far, although the Independent Petroleum Association of America (IPAA) declined to comment.

“We welcome everyone to the table in our continued efforts to help drive the best safety and operational standards possible,” API spokesman Reid Porter told NGI’s Shale Daily on Tuesday. “It is a part of our commitment to keep up with technological advances as we safely deliver the affordable and reliable energy America needs to fuel its economy.”

Kathryn Klaber, CEO of MSC, concurred. “We appreciate this diverse group’s support for our member companies’ development of natural gas and engaging in a process to embrace its clear environmental and public health benefits,” she said. “This effort reflects an important recognition that current regulatory standards in Pennsylvania are protective of public health and the environment and our member companies are vigorously committed to compliance with this stringent framework.”

Other CSSD founders include the Clean Air Task Force, the Environmental Defense Fund, the Group Against Smog and Pollution, Citizens for Pennsylvania’s Future (PennFuture) and Pennsylvania Environmental Council. Two philanthropic organizations, the Heinz Endowments and the William Penn Foundation, are also members.