Crestwood Equity Partners LP has closed a previously announced series of transactions that include the acquisition of Permian Basin-focused Sendero Midstream Partners LP for $600 million. 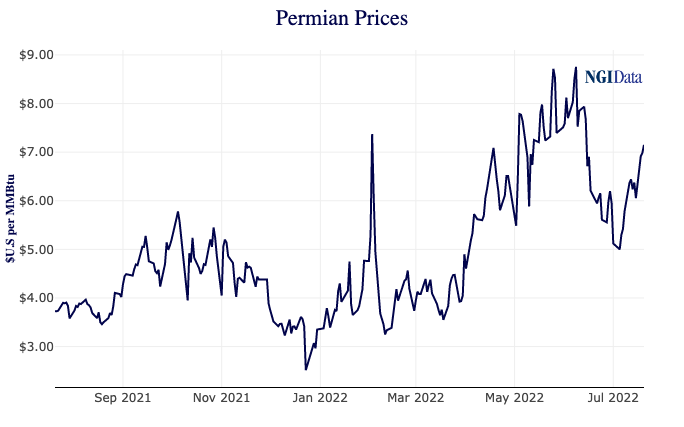 Crestwood also completed the divestiture of its Barnett Shale assets for $275 million in cash.

Through the deals, Crestwood has consolidated and expanded its natural gas gathering and processing position in the New Mexico portion of the Permian Basin’s Delaware sub-basin.

The closing of the transactions comes at a time of midstream expansion in the Permian amid rising demand for LNG exports on the Gulf Coast.

Kinder Morgan Inc. CEO Steven Kean, for example, said Wednesday that the firm has about 7 Bcf/d currently contracted on its pipelines to serve liquefied natural gas export demand, with another 2.6 Bcf/d of “highly likely” contracts in the works.

The oil-rich Permian basin leads all Lower 48 basins in crude output and produces immense volumes of associated natural gas, making it second only to the Appalachian Basin in terms of total gas production. The Permian’s Delaware and Midland sub-basins are expected to add 500,000 b/d and 450,000 b/d of oil production growth, respectively, in 2022 versus 2021, according to Rystad Energy projections.

The Permian is not the only Lower 48 basin attracting attention from midstreamers, however.

Oasis Petroleum was also a Crestwood shareholder as a result of Crestwood’s acquisition of Oasis Midstream Partners LP. The shares have now been transferred to Chord.

He added, “The integration of Oasis Midstream, which began on Feb. 1, 2022, is going well and the completion of the Chord merger is another important step in building a strategic alignment between Crestwood and Chord based on exceptional customer service as Chord develops the highly economic Williston Basin.”

Crestwood is scheduled to hold its second-quarter earnings call on July 26.