The almost 16-month-long repair operation at Equinor ASA’s Hammerfest liquefied natural gas (LNG) terminal in Norway has been extended a few months more as the company deals with impacts from the latest Covid-19 variant. 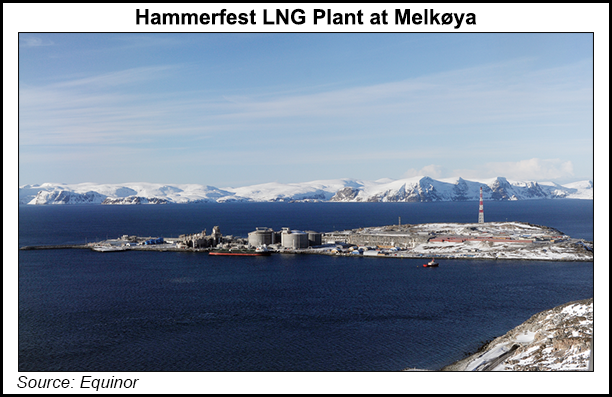 The Norwegian company reported plans Monday to push start-up of the 4.3 million metric tons/year terminal from the end of March to May 17, further delaying its return to service after a September 2020 fire.

“The latest wave of infections, combined with restrictions and narrow working areas, impacts the progress. At times, half of staff have been in quarantine and isolation,” Hammerfest LNG Plant Manager Thor Johan Haave said.

The fire that crippled the facility was traced to the air intake of one of the plant’s five turbines, where it grew into a blaze that caused extensive damage to the facility. Equinor also reported that pumping seawater into the terminal to fight the blaze greatly impacted equipment and cables.

Since then, crews on the project have checked 22,000 components in the terminal, replaced over 111 miles of cables and utilized a daily average of 1,000 workers on the site.

Equinor has continually said it is using Covid-19 precautions during the repair process to reduce infections, which – along with supply chain delays – have stretched the timeline far past the original projection of an October 2021 return to service.

“We work systematically to deliver on the plan we established, but challenges related to Covid-19 restrictions require that we need more time to prepare the plant for safe and stable start-up and operations,” said Grete B. Haaland, Senior Vice President of Onshore Plants.

Equinor claims to be the second largest supplier of natural gas to Europe, and its combined gas volumes with Norway’s state-owned portfolio make up 20% of the European gas market.

When Hammerfest LNG first went down more than a year ago, global LNG prices were starting to finally rebound from the pandemic-related shock to oil and gas.

Now, as geopolitical tension with Russia over its aggression toward Ukraine has created more volatility for Europe, where gas storage inventories are short, multiple outages like the one at Hammerfest are also helping to keep the market tight.

In 2021, the total LNG volume lost to planned or unplanned outages worldwide was 53 billion cubic meters, which is equivalent to nearly 9% of nameplate capacity and represents a 44% increase on the 2015-2020 average, according to the International Energy Agency.

TTF contracts for March delivery closed at $29.997/MMBtu on Jan. 28, a low point in a week where prices settled around $30/MMBtu almost every day. Japan Korea Marker futures contracts also rose through the week as Asian buyers hit the spot market, ending the week at $26.810 on Jan. 28.

Once Hammerfest eventually restarts, Equinor is expected to deliver revised operational plans to the Norwegian Petroleum Safety Authority and implement additional safety measures after it was cited for “serious breaches” of regulations.

Regulators attributed the fire to pre-filters in a turbine’s air intake that likely caught fire after a buildup of insects lowered the system’s ignition temperature. The plant was being brought back online after a shutdown to address an issue with an oil filter when the fire started. 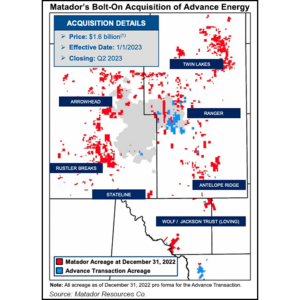