Corridor Resources Inc.’s proposed C$70 million ($52 million) shale gas development campaign in New Brunswick has been thwarted by indigenous and environmental opposition against a rule change that has prevented recruiting partners and investors in the project, the company said in mid-year financial reports. 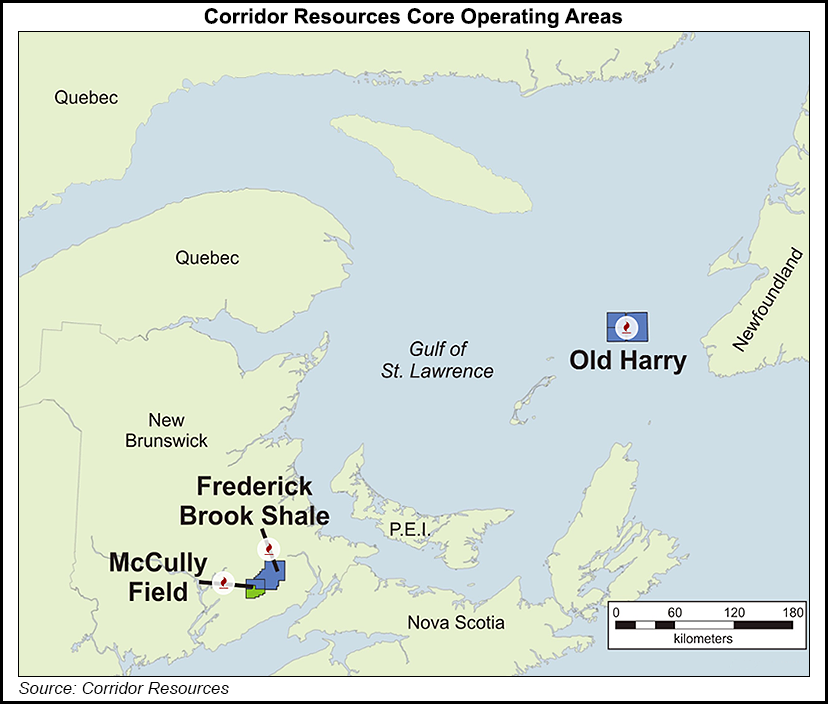 The opposition relates to a relaxation on the prohibition against hydraulic fracturing (fracking) in the province.

Corridor stands out as the spearhead for Eastern Canadian gas supply activity by owning a New Brunswick drilling target, the Frederick Brook Shale. Regulation that New Brunswick’s conservative government enacted in June, to allow exemptions from a fracking ban that the former Liberal administration adopted in 2014, turned out to be only “an initial step,” Corridor said.

“The government has advised Corridor that it is unable to consider applications for an exemption to the moratorium as they undertake a consultation process with the New Brunswick First Nations,” reported the Halifax-based firm.

“Corridor is deferring the marketing of the Frederick Brook Shale prospect until such time that the moratorium is lifted in respect of our licenses and the New Brunswick regulatory process becomes clear and is consistent with other oil and gas producing jurisdictions.”

Leaders of the province’s Mi’kmaq nations have vowed to unite against any fracking without their permission. The tribal chiefs group, Mi’gmawe’l Tplu’taqnn Inc. (MTI) said the government “blind-sided” them with a “secretive” regulation amendment. Outside the indigenous communities, environmental opposition to fracking continues.

While suspending onshore supply replacement work, Corridor also confirmed it has canceled an offshore drilling plan after being denied a lease extension for an exploration prospect in the Gulf of St. Lawrence known as Old Harry.

“With working capital of approximately C$64 million ($48 million), Corridor enjoys considerable optionality to pursue opportunities for deployment of our capital. We will continue to exercise patience and be selective,” said CEO Steve Moran.