Houston-based Stabilis Solutions Inc. has entered into a memorandum of understanding (MOU) with the Port of Corpus Christi Authority in South Texas to use liquefied natural gas (LNG) as a marine fuel. 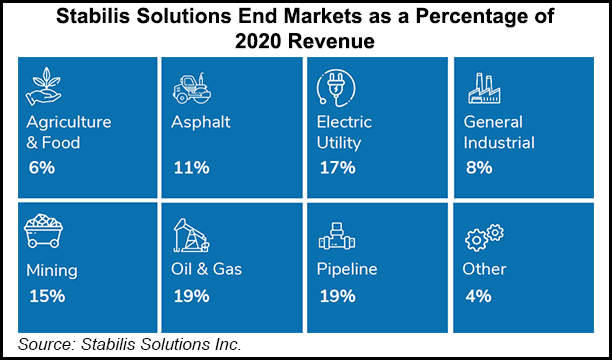 The Port of Corpus Christi and Stabilis have committed to providing customer education and technical support, as well as grant funding opportunities to incentivize developing LNG-powered vessels and customer solutions.

Using LNG as a marine fuel is crucial if marine operators are to reduce their emissions profile, according to Stabilis CEO Jim Reddinger.

“Stabilis is uniquely positioned to provide this service to customers along the Gulf Coast and beyond,” he said. “Meeting the requirements of the energy transition requires innovative solutions, and we are excited to be part of this journey with the Port of Corpus Christi and its partners.”

According to Corpus Port CEO Sean Strawbridge, the port’s use of LNG would reduce emissions.  By “offering LNG as an alternative to diesel as a marine fuel within our gateway, we are evolving our sustainability protocols by reducing mobile source emissions.”

Strawbridge said the port authority “sees LNG fueling of marine vessels as an important step toward our broader commitment to decarbonization and improved air quality.”

Under the MOU, the port would save adequate dock space for shore-to-ship fueling operations. The port is a major outlet for oil and LNG exports. It saw record tonnage last year that was mainly attributed to a 65% increase in oil shipments. The port also saw a 26% year/year increase in LNG exports of 8.7 million tons.

Meanwhile, Stabilis plans to deploy its existing fleet of mobile cryogenic assets, including LNG transportation and distribution equipment, from its LNG production plant in South Texas to support the operations.

While a few vessels calling on the port today are already LNG-compatible, LNG-powered vessels are quickly emerging amongst the world fleet.  The super-chilled fuel is gaining in popularity throughout the sector. The International Maritime Organization has established the goal of reducing greenhouse gas emissions from shipping by at least 50% below 2008 levels by 2050.

According to Stabilis, LNG fuel can benefit port customers in both efficiency and emissions reductions when compared to diesel engines.

With this MOU and the increasing production of LNG as a marine fuel at the port, Stabilis and Corpus officials want to attract more LNG vessels and incentivize conversions.

The company delivered 13.4 million gallons of LNG to customers, a rise of 12% year/year, and a 29% increase from 4Q2020. It also noted it had secured long-term contracts for up to 40% of its LNG production plant.

Quarterly revenue was up at $17.7 million, a 29% sequential increase and a 28% increase year/year. Management said the growth was largely driven by expansion in remote power generation projects, continued growth of Mexico operations and increased activity with aerospace customers.