Since the outset of the coronavirus and the global oil price crash, prices for North Dakota’s Bakken Shale crude oil have cratered to below $20/bbl, and state officials said Tuesday they expect the rig count and completed wells to follow suit. 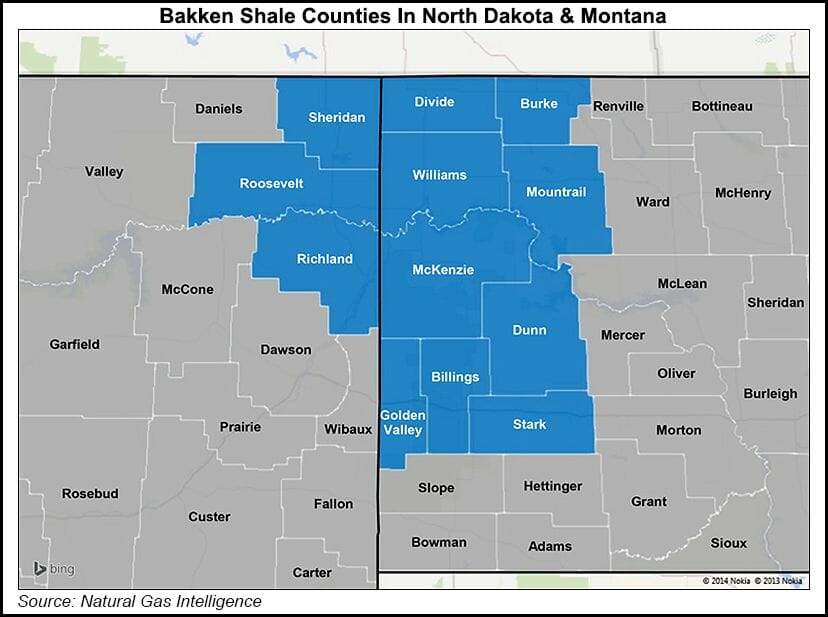 Lynn Helms, director of the state Department of Mineral Resources, said production is expected to plummet in the months ahead. But he doesn’t expect oil to drop below the 1 million b/d marker.

Given a price of $18.50/bbl Tuesday for North Dakota light sweet crude, Helms expects things to slow down, depending on how low prices go and for how long.

Helms expects the current rig count of 56 to be cut in half later this year, adding that a major Bakken producer recently announced it is cutting its rigs from six to one. The oil and gas industry is hunkering down as producers, midstream operators and oilfield service companies across the country have continued to announce measures to help soften the blow of broader market turmoil.

“As companies earlier were beginning to shrink their activities back into the core areas, we were already seeing some pressure on crude oil prices at that point in time,” Helms said.

“The big story is the continuing pressure on oil prices, which we began seeing some hints of in January,” Helms said. “What surprised everyone is that in early March the Organization of the Petroleum Exporting Countries (OPEC) and Russia decided to part company and throw out a three-year agreement,” he said.

“What we’re seeing is a situation similar to 2015 when we had 185 drilling rigs and went down to 27, so we’re going into this one with a Bakken rig count of 56, and we’re looking for similar reductions, and operators are looking at those kinds of drops this time. Cash flows are dropping by 50%-60%, so completions have to go the same direction and roughly in the same amounts.”

Helms said he sees hints of the downturn in some of the January numbers, such as the drilled but uncompleted inventory increasing by 70 to surpass the 1,000 mark. Inactive wells also increased from 1,920 to 2,607.

“A combination of winter weather, oil prices and the direction of the market was already applying a lot of pressure on the marginal wells, or wells without the investment to be completed yet,” Helms said. Next week the Industrial Commission will consider reactivating the inactive waiver and the uncompleted well waiver policies, he added.

“The commission needs to send the signal to the industry and the markets that it doesn’t make good business sense to force Bakken crude oil into a market that is clearly priced well below break-evens, and below where the market should be,” Helms said.

For this year, a lot of Bakken operators will have $50-$55/bbl hedges. Helms thinks that a majority of the operators are in that position, so they will still be getting more than $50/bbl, and in that case, “someone is losing a lot of money,” he said.

“It will help cushion us this year, but as far as I know there are no hedges going on into 2021.”

Helms said a price war is underway with Saudi Arabia, Russia and the United States each producing more than 10 million b/d. “And it is too early to tell who is going to blink first,” he added.