For all the recent tension between the Biden administration and the sector, oil and natural gas heavyweights emerged from a summit with Energy Secretary Jennifer Granholm using words such as “constructive” and “optimistic” to size up talks aimed at boosting production in the face of tight global supplies. 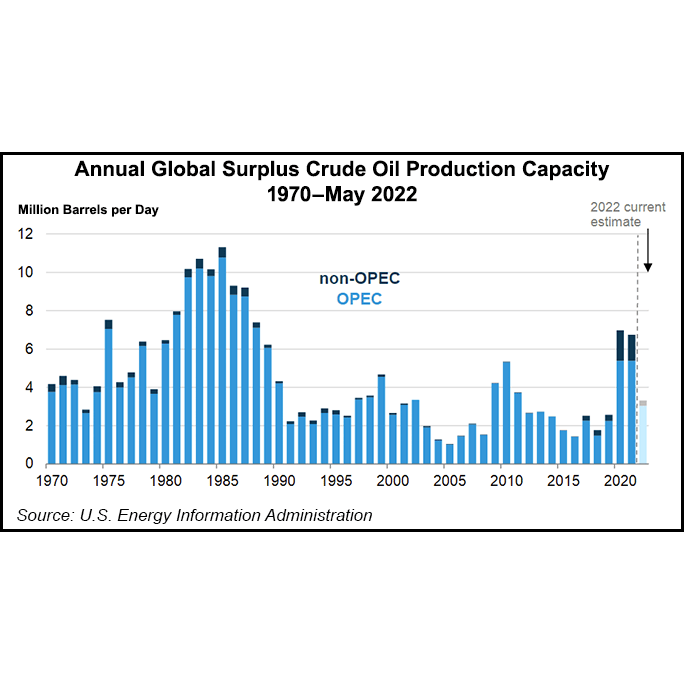 The meeting Thursday “was a constructive conversation about addressing both near-term issues and the longer-term stability of energy markets,” Chevron Corp. CEO Mike Wirth said. “We remain optimistic about our ability to work together to achieve these shared objectives. We appreciate Secretary Granholm’s invitation to participate in the conversation, which was an important step toward achieving greater energy security, economic prosperity and environmental protection.”

Ahead of the meeting, in contrast, Wirth had criticized the Biden administration in a letter, saying officials had vilified the industry and such rhetoric was not “beneficial to meeting the challenges we face and are not what the American people deserve.”

Biden, who campaigned on vows to dramatically reduce the country’s reliance on fossil fuels, shot back that he was surprised energy powerhouses “get their feelings hurt that quickly.”

At issue: Global oil supply/demand imbalances in the wake of the pandemic – amplified by Russia’s war in Ukraine — have led to soaring gasoline costs. Prices at the pump topped $5/gallon in mid-June, setting a record.

After prioritizing renewable fuels over oil and, to a lesser extent, natural gas early in his administration, Biden now is pressing producers to ramp up output and expand refining capacity. He also called on Congress to pass a three-month federal gasoline tax holiday – about 18 cents/gallon.

But producers have countered that they need clarity on the government’s short- and long-term priorities. This is because it takes months – sometimes years – to explore, develop and drill new oil and associated gas. It is not, as several executives noted during the past earnings season, a simple matter of flipping a switch and quickly pumping out more oil.

Producers are reluctant to upgrade and expand infrastructure when they are unsure if the administration would support oil and gas drilling beyond the current crisis.

Inflation, too, adds challenges. Prices across the U.S. economy reached a 40-year high last month. This has ramped up the cost of everything from basic supplies to new employees, slowing exploration and production companies’ ability to boost output.

Industry advocates also have noted the war in Ukraine has fueled surges in global natural gas prices. Natural gas is used as a power fuel by refiners that convert oil into gasoline. As a result, higher gas prices have hindered refiners. Natural gas prices surged in Europe and the United States throughout the spring as countries shunned Russian gas and bolstered competition for precious supplies elsewhere.

While U.S. oil production remains more than 1.0 million b/d below the pre-pandemic high, the Energy Information Administration (EIA) said output climbed to 12.0 million b/d for the week ended June 10, up 100,000 b/d week/week. It marked a new peak level for the year.

Still, by EIA estimates, oil and natural gas demand are running ahead of supplies and this could continue through 2022.

A White House readout of the Thursday meeting, provided to reporters in Washington, also described the event as cordial and productive, though no agreements were made on actions.

The American Petroleum Institute and the American Fuel & Petrochemical Manufacturers, in a joint statement, characterized the meeting as a first step in a longer process.

“While these challenges and their causes are complex — from Russia’s war in Ukraine to market imbalances leftover from Covid — productive outcomes today should send a positive signal to the market that the U.S. is committed to long-term investment in a strong U.S. refining industry and aligning policies to reflect that commitment,” the groups added. “Our industry will continue to seek opportunities to work with policymakers to unlock American energy, fuel economic recovery, and strengthen our national security.”