U.S. Secretary of Energy Ernest Moniz, who has characterized natural gas as a “low-carbon bridge to a zero-carbon” future, appeared to disagree with an interviewer positing that gas was “just a bridge to more natural gas,” and reiterated the Obama administration’s commitment to an all-of-the-above energy strategy. 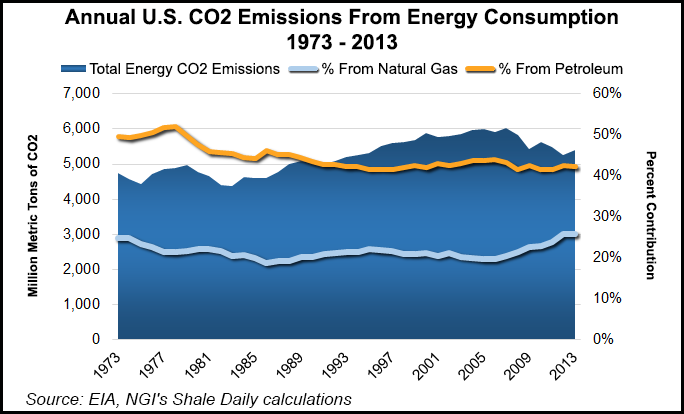 “First of all, the bridge has got a fairly very long span — we’re talking about decades, not years,” Moniz said Monday. “There have been concerns expressed about gas ‘crowding out’ everything, and we know that the price [of gas] does have impacts. A fair amount [of coal] has been displaced by gas, [and] some nuclear plant closures have, as one factor, [been affected by] gas prices.

“You can argue about various policies in place, [but] it’s not as though renewables aren’t growing dramatically — they are. We’re going to have, quite appropriately, pretty much an all-of-the-above mix of fuels and technologies going forward.”

The interviewer, Matthew Winkler, editor in chief for Bloomberg News, then pressed Moniz on whether the energy industry has put too much emphasis on hydraulic fracturing (fracking). The interview was held at a meeting of the Council on Foreign Relations.

“On the environmental impacts, there’s no question that we have to keep working to reduce the footprint as much as we can,” Moniz said. “I think there is a lot of progress being made there, including on issues like methane emissions. As an aside, we’ll be looking a lot more downstream on the transmission pipes and the distribution pipes, where there’s probably the major issue [on methane] there.

“We are seeing a lot more water recycling. We’re seeing diesel engines replaced by [natural] gas engines, which are much cleaner. We are seeing much more disclosure of fracking fluids. We are seeing better well completion standards being put in place more broadly. We can never eliminate [the] environmental footprint, obviously, of such a major industrial activity. The industrial activity means you’re going to have truck movements and all kinds of issues. But we [the industry and regulators] are reducing the footprint.

“The other side of the coin is there’s obviously no disputing the major economic impact that we have had from the unconventional developments. We cannot deny that there’s been a little uptick in this last year, but our CO2 [carbon dioxide] emissions are down substantially from where they were in the 2005-07 time frame. The ground truth is a lot of things are going in the right direction. It doesn’t mean we can cease to be vigilant about it.”

Moniz noted that on Friday, which was also National Manufacturing Day, he toured a Corning Inc. manufacturing plant in Corning, NY, which makes filters for large diesel trucks.

“Guess what? [They’ve] got rows and rows of enormous kilns [that] burn natural gas,” he said. “All of these things come together in terms of a tremendous competitive edge. The President has been clear. We are very supportive, and doing what we can to support, the expansion of these new hydrocarbon production opportunities.”