In the Mexico energy industry, the prevailing challenge “is the uncertainty about when the rules are going to change again,” said Alma Del Toro, President of Blue Bull Energy. “And because Mexico keeps changing its mind, that creates the worst nightmare for any investor.” 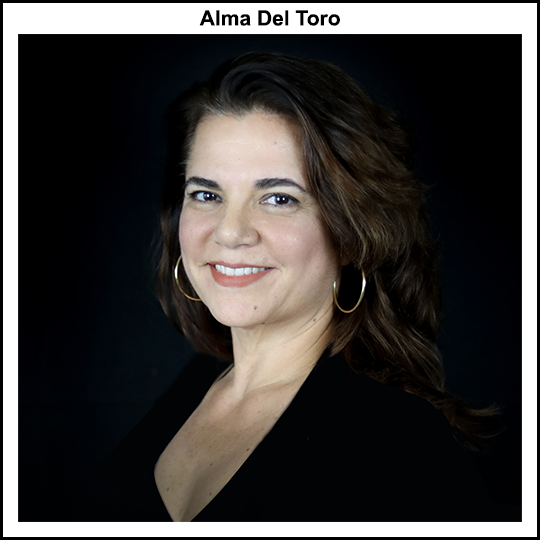 Del Toro, who has more than 25 years of experience in the global energy industry, including in the United States, Latin America and Europe, considers the uncertain and inconsistent regulatory and political environment as the Mexican energy sector’s primary concern for large and small oil and gas companies.

“If you drill one or two exploration wells, you’re going to lose several millions of dollars, but that’s nothing compared to the amount you could lose if you are already years into developing a project and then the rules change,” she told NGI’s Mexico GPI. “Such a change in the rules might make a project no longer economically viable and then you might lose hundreds of millions of dollars. Therefore, international operators are considering just pulling out, paying the fine to leave the country and giving their acreage back.”

Del Toro, who founded Blue Bull Energy in 2016 and co founded Blue Wave Supplier Development Platform in 2019, works with local smaller scale oil and gas suppliers to help them understand the standards required by the industry and develop them to become service providers for major international or state-owned energy companies, including operators and engineering, procurement, and construction companies.

Prior to founding Blue Bull and Blue Wave, Del Toro spent 17 years with BP plc in global commercial leadership positions. A lawyer by trade, Del Toro received a master’s degree in Ethics and International Business from DePaul University and holds a law degree from the Universidad de Colima in Mexico.

NGI: What are some of the challenges you’ve encountered working in Mexico’s energy sector?

Del Toro: It was clear that Mexico had a big challenge, which is how to develop and build local content capability, and I started working on solving this through Blue Bull Energy. The problems were old fashioned, such as hiring subject matter experts that work in global companies to come and help local service companies understand the requirements of international oil companies and help them close all these gaps so that they could pre-qualify to bid on projects. I saw that there was a huge need, not only for these large service companies in Mexico — which you can count with one hand — but also in terms of how to help small to midsize Mexican companies, known as pymes.

So the Mexican Hydrocarbons Companies Association, Amexhi, invited Blue Bull Energy in 2018 to work on a proposal to help the sector in Mexico set the baseline to determine what are the minimum requirements they need to comply with, and to help pymes understand these in order to work in the sector. We had to offer a solution to the problem that was accessible and scalable. It was a much-needed program to foster local economic development. It helped show the benefits of the energy reform across the board and generated well paid jobs.

In the midst of trying to solve this problem, the vision and idea of having an automated process that could be accessible and scalable to all pymes to help them through this process and to understand and to meet these international standard requirements was the birth of the Blue Wave Corporation, founded in a partnership with Eduardo Nuñez in 2019.

It was evident from the beginning that this was a huge need in Mexico. Through industry friends, I had the fortune to meet, and the privilege to team up with my business partner, Eduardo, who was retiring from ExxonMobil as the general manager for global procurement. Eduardo has a tremendous trajectory with vast experience developing local content for Exxon around the world. After a few sessions, Eduardo and I aligned with the social mission and vision of “Changing the world, one supplier at a time” to create Blue Wave to address Mexico’s needs to build local content capability and economic development for pymes wanting to service IOCs.

NGI: This week, Petróleos Mexicanos (Pemex) announced plans to pay suppliers with bonds, and the company has for years struggled to pay service companies on time. Regarding your clients, how do late payments from Pemex impact their operations?

Del Toro: It’s a very stressful situation for small to midsize businesses because not everybody may have a strong economic base in terms of cash flow or working capital to sustain operations as they wait for payments for six months, or whatever the delay might be. We do hear that it’s quite painful for those companies.

In my experience working with Pemex – not directly but through another contractor – it was communicated that payment for services was going to lag two or three months. I think once you know that and have that understanding, then you can prepare and calibrate in terms of working capital. But for companies that don’t have that type of flexibility, it’s a real challenge…

NGI: The outstanding Pemex debt to oil and gas service providers is another challenge to the sector at a time of difficulties. In your opinion, what is the mood of the Mexico energy sector participants currently?

Del Toro: Skeptical. Very skeptical and scared. Mexico is not unique with the most challenging rules for international investment in the global energy industry, and large operators are used to working with even more difficult environments. I don’t think that’s the issue. International oil companies have made it work elsewhere. The issue is the uncertainty about when the rules are going to change again. How do you calibrate and prepare for this risk? And because Mexico keeps changing its mind, that creates the worst nightmare for any investor.

When I was with BP, and this applies to any major or small company, the kind of investment required to go and operate onshore or in offshore fields is in the millions and millions of dollars and the returns are seen in the long term. So when you’re running your economic models, you consider all the risks at hand.

If it’s determined that the return on investment is there and you get the approval from your shareholders, you go for it. But what happens with risk that you did not identify because you didn’t know it was going to get introduced? And what do you do if that happens halfway into your investment program, or even in the first years following the initial investment?

That’s why I think we’re seeing an exit of international operators. It’s that inconsistency and uncertainty with the rules and the concern about if they’re going to change again. If you drill one or two exploration wells, you’re going to lose several millions of dollars, but that’s nothing compared to the amount you could lose if you are already years into developing a project and then the rules change.

Such a change in the rules might make a project no longer economically viable and then you might lose hundreds of millions of dollars. So people are considering and evaluating just pulling out and paying the fine and to leave the country and giving their acreage back to the Comision Nacional de Hidrocarburos (CNH).

NGI: Do you foresee more international oil and gas companies leaving Mexico in the short-term?

Del Toro: I think the current pulse of the industry is eying the next presidential elections, which are still a few years away, and wondering if a new president will make a major change in policy or if things will continue as they are now.

It’s an important question because the next presidential term will be another six years on top of the two remaining in the current administration. So that’s eight years at a time of a global energy transition. Deepwater discoveries take about eight to 10 years to start producing and committing to such a project given the uncertain political climate is increasingly risky.

NGI: What are your thoughts on the future of the Mexican natural gas market?

Del Toro: I think natural gas, when we look at the energy transition and available sources, is always going to be the most preferred because it’s cleaner. I think the demand will be there.

For Mexico, I think the challenge is storage. It’s a huge challenge in Mexico. Local demand is high, and it wouldn’t be met even if Mexico doubled its own natural gas production. And then there’d be a need for more infrastructure to transport it. There are a lot of weaknesses to be addressed, though the most pressing seems to be storage, in addition of course to the issue of uncertainty in terms of regulation and security. It’s hard to justify the risk of investment when the rules change so frequently.

NGI: Of all the challenges in the Mexican energy industry, what’s the biggest currently in your opinion?