Continental Resources Inc. said Tuesday it is on track to meet or exceed its 2021 full-year oil and natural gas production guidance. 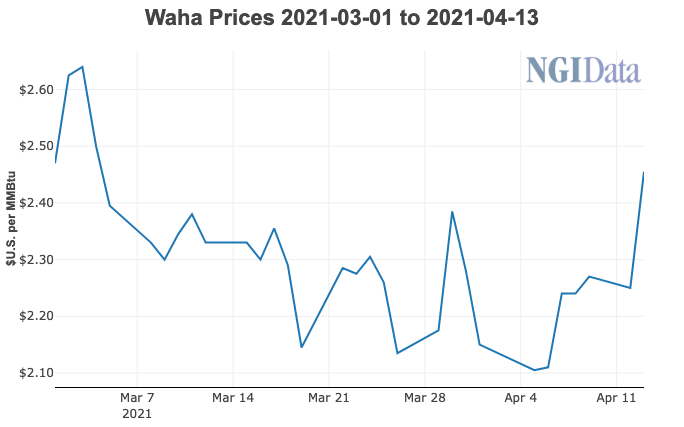 The Oklahoma City-based exploration and production (E&P) company also indicated that it has lowered its total debt by 10% since the end of 2020.

For the first quarter, Continental expects oil and natural gas production to average about 152,000 b/d and 935 MMcf/d, respectively.

Continental works primarily in the Bakken Shale, the South Central Oklahoma Oil Province (SCOOP) and the Sooner Trend of the Anadarko Basin, mostly in Canadian and Kingfisher counties (STACK).

The debt reduction “demonstrates the continued commitment to shareholder capital returns,” management said. Continental expects to reduce total debt to about $4 billion or lower by the end of this year.

The producer’s pre-reported oil volumes for 1Q2021 came in around 6% below consensus expectations, while total hydrocarbon volumes missed by about 2%, Wells Fargo & Co. analysts said in a note to clients on Tuesday.

More important, analysts said, are the implications for free cash flow (FCF) because of the reduction in Continental’s net debt of about $600 million.

The Wells Fargo team said they see “an upward bias to FCF estimates” for Continental, “likely driven by an underappreciated natural gas price realization…This puts Continental on track to reduce its absolute debt to its targeted $4 billion level by year-end 2021, potentially opening the door for shareholder cash return initiatives.”

In the company’s last earnings call, Executive Chairman Harold Hamm said the firm expected to generate positive FCF for a sixth-straight year in 2021 amid improving commodity prices resulting from growing demand and capital discipline from U.S. exploration and production firms. The Organization of the Petroleum Exporting Countries on Tuesday expressed a similar view as it formally raised its expectations for global oil demand growth in 2021 by 70,000 b/d from the previous month.