The Texas State Office of Administrative Hearings (SOAH), which was created to referee contested cases, will hold a hearing July 12 in Gainesville, TX, on EOG Resources Inc.’s application for an air permit to build a plant to process sand to be used primarily to hydraulically fracture (frack) oil and natural gas wells.

“The contested case hearing will be a legal proceeding similar to a civil trial in state district court,” said SOAH, which will conduct the hearing in conjunction with the Texas Commission on Environmental Quality (TCEQ). The hearing will be open to the public, but will not be a forum for general public comments, and will not include any final decisions, according to the Gainesville Daily Register.

EOG is seeking the air permit for a controversial 1,400-acre fracking sand mine in Cooke County, TX, which is halfway between the Barnett Shale play northeast of Dallas and the Eagle Ford play southwest of Dallas. The facility would emit several contaminants, including organic compounds, nitrogen oxides, sulfur dioxide, carbon monoxide and particulate matter.

The TCEQ executive director has completed a technical review of the application and prepared a draft permit which, if approved, would establish the conditions under which the facility must operate. It noted that the executive director has made a preliminary decision to issue the permit because it meets all the regulations.

The hearing will be held at 10 a.m. July 12 at the Cooke County Court Annex Building, 112 South Dixon, in Gainesville.

EOG has yet to decide which shale basin the sand will go to, a spokeswoman said. “We haven’t tied it to a specific play,” she said.

EOG’s plans to build the sand processing plant come only months after it started up a sand processing facility in Chippewa Falls, WI. That sand is being shipped primarily to the Eagle Ford in South Texas. 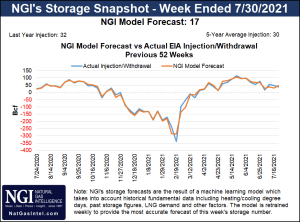