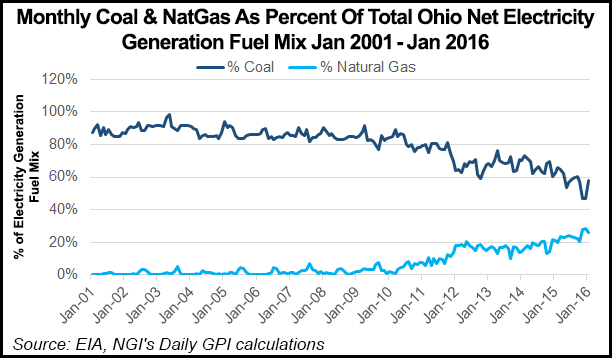 Macquarie Infrastructure Partners III and Siemens Financial Services are providing $400 million while a consortium of banks, led by Industrial & Commercial Bank of China, Credit Agricole, Bank of America Merrill Lynch and Investec, are providing the rest. Macquarie said Clean Energy would retain an interest in the project.

Announced in 2014, the facility would be constructed on a 30-acre site in an industrial park in Lordstown, OH, about 16 miles northwest of Youngstown (see Daily GPI, April 17, 2014). Called the Lordstown Energy Center, Ohio-based Kokosing Construction Co. Inc. has been selected as general contractor and Michigan-based M.J. Electric LLC has been chosen to design and build the facility’s electrical interconnection infrastructure.

The plant is expected to be in service by June 2018. The first of its kind to be proposed for Northeast Ohio, the facility is expected to deliver electricity into the PJM market and generate enough power for up to 800,000 homes. The plant, which would replace a portion of the more than 18 GW of coal-fired generating capacity that has been retired in the region since 2012, is to be designed to produce about 50% less carbon dioxide/kilowatt of electricity than a typical coal-fired facility.

Lordstown is one of seven similar power plants that have been proposed for the state that would use natural gas produced in the Marcellus and Utica shales.

Dominion East Ohio would deliver Utica gas to the facility and water would be purchased from the nearby cities of Niles and Warren, developers said. Siemens is providing the gas turbine, steam turbine and generators for the plant. That equipment would be constructed at the company’s hub in North Carolina.

Developers said 450-500 construction workers would be employed at the project’s peak and 20 full-time employees would run and maintain the facility. The developers said their independent study found that the facility could generate $13 billion in direct and indirect economic benefits during its first 40 years of operation.

The Ohio Power Siting Board approved the plant last September and all other necessary approvals and permits have been obtained (see Daily GPI, Sept. 21, 2015; May 28, 2015).