ConocoPhillips swung to a third quarter loss, as oil and gas production curtailments made in response to the coronavirus pandemic’s impact on energy demand curbed revenue. 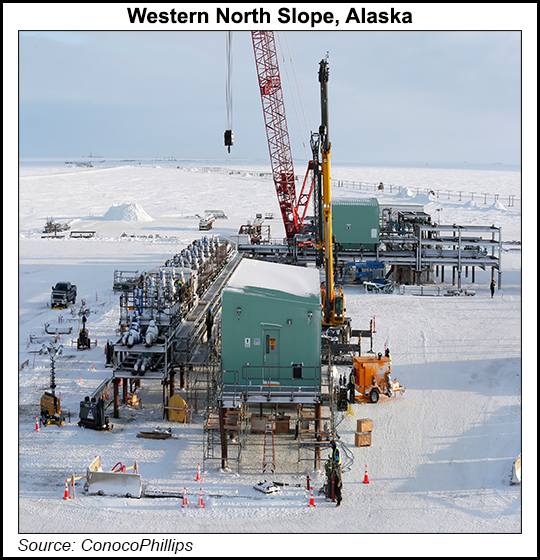 The Houston-based super independent, however, has recovered ground in recent months and is going on offense in the Permian Basin with its planned acquisition of Concho Resources Inc., a deal that should lift overall production levels substantially and generate expense savings in 2021.

ConocoPhillips this month announced it is taking over Concho for $9.7 billion, forming a giant in the Permian Basin that would rival the output of the biggest players in the nation’s most productive oilfield. The deal is expected to close in early 2021.

“As we all know, the year has been historically volatile for our industry,” said CEO Ryan Lance. “ConocoPhillips responded with several prudent actions, including economically driven curtailments,” but now “we’re back to more normal business” and focused on “our announced transaction.”

“You should take the fourth quarter as the new baseline” for 2021 production, Lance said during a call with analysts to discuss results.

Following the collapse in oil prices last spring as coronavirus lockdowns crushed demand, ConocoPhillips cut back output. It curtailed an average of 225,000 boe/d in the second quarter.

The curtailments were reversed beginning in August and economic activity recovered, enabling the company to focus anew on stronger earnings in coming quarters.

Ryan noted that oil prices have come under renewed pressure in recent weeks, in part because of new coronavirus outbreaks. Pending production increases by members of the Organization of the Petroleum Exporting Countries, slated for early 2021, could intensify price pressure. There are “certainly some headwinds into the commodity price outlook right now,” he said.

ConocoPhillips reported a 3Q2020 loss of $450 million (minus 42 cents/share) compared with year-ago profits of $3.1 billion ($2.74). Total revenue of around $4.4 billion was less than half the level generated a year earlier.

However, about $1.2 billion was generated in cash from operating activities and the company ended September with $6.8 billion in cash and short-term investments.

Ryan said the company would enter 2021 with plans for capital expenditures to remain flat with the level it expects for all of 2020 – about $4.3 billion, excluding acquisitions.

The world’s largest independent, however, is poised to get substantially bigger with the Concho deal.

Concho, a Permian pure-play, is the fifth-largest producer by volume in the massive field. The combination – the largest Lower 48 industry acquisition announced amid the pandemic — would make ConocoPhillips one of the dominant players in the Permian, alongside the likes of Occidental Petroleum Corp. and Chevron Corp.

Midland, TX-based Concho produced 319,000 bbl in the second quarter, more than six times the volumes that ConocoPhillips pumped in the Permian. The acquisition would increase ConocoPhillips’ net acreage in the Permian to 700,000 net acres from about 170,000. Pro forma production with Concho is estimated at more than 1.5 million boe/d.

“The company will have a 23 billion bbl resource base with a cost of supply less than $40/bbl,” Lance said. “Concho gets the benefits of our global, diverse and lower capital intensity portfolio attributes. ConocoPhillips gets the benefit of adding some of the best resources in the world.”

“It might create some headwinds for the industry,” but “our company’s diversification of private, state and federal leases in the U.S. assures that we are competitively positioned for that outcome,” he said.

Additionally, in October, ConocoPhillips’ Alaska division got approval from the Interior Department’s Bureau of Land Management (BLM) to proceed with the long-planned Willow project. The BLM’s decision opened the door for construction.

Located within the Bear Tooth Unit of the National Petroleum Reserve in Alaska, the Willow project could produce up to 160,000 b/d, with a processing capacity of 200,000 b/d over its anticipated 30-year life, BLM said.

“We passed a big milestone,” said COO Matthew Fox. “So that keeps us on track with our project timeline.”

Construction could start in 2021, though ConocoPhillips has said the Willow project could be delayed if Alaska’s Ballot Measure 1 passes on Tuesday. The measure would increase taxes on production in Alaska’s three largest oilfields, directly affecting ConocoPhillips.

Fox reiterated on the earnings call that the ballot measure is a wildcard for Alaska drilling broadly – and for the Willow project, which would be affected indirectly.

“It’s going to reduce the competitiveness of investment in Alaska, and it’s going to increase uncertainty and instability. So that’s not going to be good,” he said. “We’ve got years of development opportunities left in Alaska, but a shift of capital from Alaska elsewhere is going to be rational, if taxes increase. I mean, this is a production tax and what you tax more, you get less of.”

Of the Willow project, Fox said if the state measure passes, “we’ll need to reconsider the timing.” The project “isn’t directly” targeted by the measure, but “there’s going to be a knock-on effect in the other fields because of the lack of available capital.”