ConocoPhillips has been selected as a partner in QatarEnergy’s North Field South (NFS) LNG expansion project with a 6.25% stake awarded to one of the world’s largest independents. 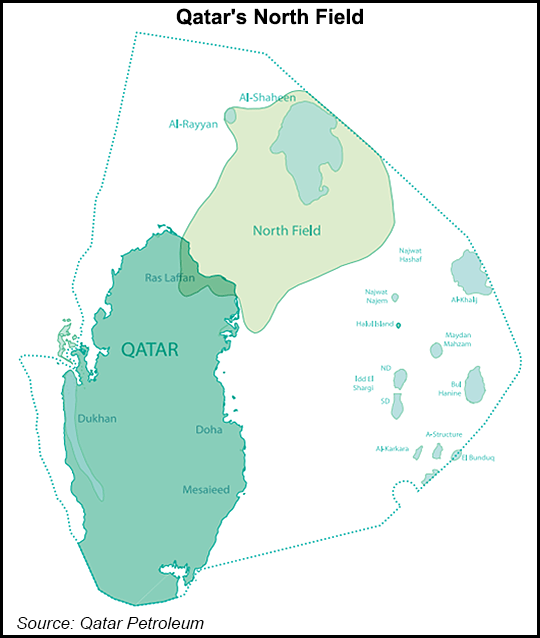 The partnership was announced at a Sunday ceremony in Doha where ConocoPhillips CEO Ryan Lance signed an agreement with QatarEnergy CEO Saad Sherida Al-Kaabi.

“QatarEnergy and its partners continue their efforts to supply an additional volume of about 65 million tons of LNG annually, from its North Field Expansion projects and the Golden Pass LNG project, to the global market to meet growing demand for cleaner, low-carbon energy, and to enhance energy security of customers around the world,” Al-Kaabi said.

NFS would ultimately help boost Qatar’s liquefied natural gas output to 126 mmty from the current level of about 77 mmty. It could deliver its first cargo in 2027, while the North Field East (NFE) project currently under construction is expected to come online in 2026.

NFE would consist of four trains with the capacity to produce 8 mmty each. QatarEnergy also selected ConocoPhillips, Eni SpA, ExxonMobil, Shell and TotalEnergies as partners in NFE.

The NFS stake is ConocoPhillps’ latest move in a year of investment in global LNG projects and offtake capacity. Along with its investment in NFE, the company signed an agreement with Sempra Infrastructure in July for a potential 30% equity stake in the unsanctioned Port Arthur LNG terminal east of Houston.