ConocoPhillips is targeting full-year capital expenditures (capex) of around $7.2 billion in 2022, up from the $5.3 billion forecast for 2021, according to preliminary guidance. 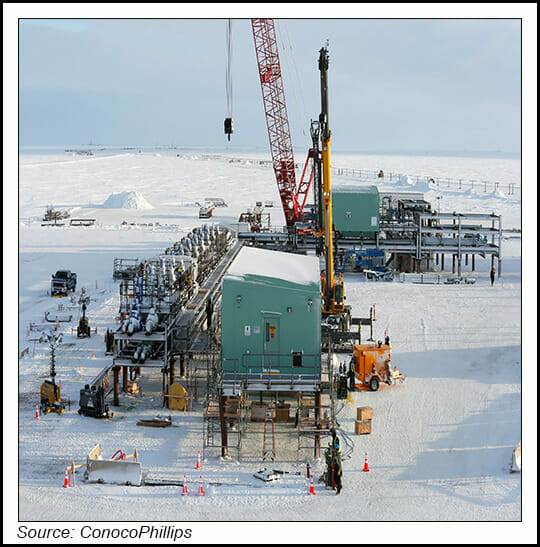 The Houston-based exploration and production (E&P) giant said about 60% of the spend “will be directed to the Lower 48 for short-cycle investment across the company’s extensive, high-quality unconventional asset base.”

“At mid-year, we presented a truly differential 10-year plan that embraced our triple mandate for how we will play a valued role in the energy transition: safely produce low cost of supply, low-GHG-intensity barrels to the market, deliver compelling financial and capital returns to investors, and meet a net-zero ambition,” said CEO Ryan Lance. The latest news “builds upon each element of the triple mandate and supports our belief that ConocoPhillips is the most durable, investable company in the E&P business.

“With the recent Permian acquisition, we’re in an even stronger position to build upon our success in 2021 as we head into next year.”

About $200 million is slated for energy transition efforts across the global operations aimed at accelerating the reduction of Scope 1 and 2 greenhouse gas (GHG) emissions, “and evaluating potential investments in end-use (Scope 3) emissions-reduction investments,” management said.

“The planned expenditures include production efficiency measures, methane and flaring intensity-reduction initiatives, asset electrification projects, and investments in several early-stage low-carbon technology opportunities that leverage the company’s adjacencies and competencies,” such as carbon capture, utilization and storage ( CCUS) and hydrogen.

Management noted that 2022 output guidance excludes the impact of potential bolt-on acquisitions and planned dispositions. On a pro forma underlying basis, the expected 2022 production growth amounts to an underlying low-single-digit percentage growth versus 2021, the company said.

Underlying growth is expected to be driven by Alaska, including the startup of its Greater Mooses Tooth No. 2 (GMT-2) oil project within the National Petroleum Reserve-Alaska.

The company expects to provide additional 2022 guidance when 4Q2021 results are issued in February.

Although inflation and nonoperated pressures have accelerated over the last several months, particularly in the Lower 48, “the impacts of those factors have been mitigated by productivity improvements across our global, diverse asset base,” management said.

ConocoPhillips expects to return about $7 billion of capital to shareholders in 2022, which would be a roughly 16% year/year increase. The company plans to return capital through a three-tier distribution system that includes dividends, share repurchases and a new variable return of cash, or VROC.

“The VROC tier will provide another flexible tool” for meeting the firm’s commitment of returning greater than 30% of cash flow from operations during periods when commodity prices are meaningfully higher than the company’s planning price range, management said.

On Wednesday, meanwhile, ConocoPhillips said it intends to exercise its preemption right to purchase up to an additional 10% shareholding interest in the Australia Pacific Liquefied Natural Gas (APLNG) joint venture from Origin Energy for up to $1.645 billion.

APLNG, a partnership between ConocoPhillips (37.5%), Origin (37.5%) and China Petroleum & Chemical Corp., aka Sinopec (25%), supplies LNG to long-term buyers in China and Japan, and is the largest natural gas supplier to Australia’s East Coast domestic market.

Under the proposed transaction, ConocoPhillips’s stake would increase to 47.5% and Origin’s would be reduced to 27.5%.

The asset sale is set to close in early 2022, ConocoPhillips said. The assets being sold produced about 50,000 boe/d during the first nine months of 2021, and had proved reserves of about 85 million boe as of end-2020.

CEO Ryan Lance said ConocoPhillips “will effectively deploy the proceeds from the sale of our Indonesia assets” toward the additional shareholding interest in APLNG.

APLNG, meanwhile, “will continue supplying customers in the Asia Pacific region with reliable energy that is lower in [greenhouse gas] intensity than many of the alternatives, and thus help meet energy transition pathway demand for years to come.”