Houston-based ConocoPhillips said Wednesday its commodity prices climbed, and oil and gas production was more than 29% higher in the first quarter than the final three months of last year as energy demand rose. 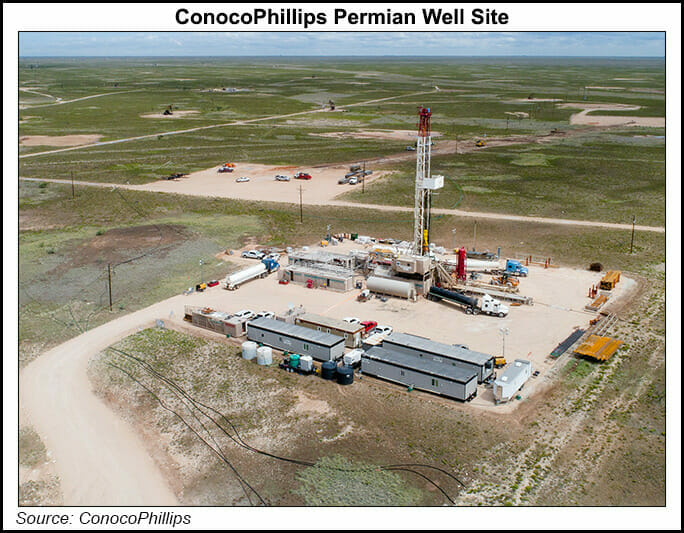 In an interim update as the first quarter drew to a close, the world’s largest independent said production in 1Q2021 averaged 1.47-1.49 million boe/d. About 50,000 boe/d of Lower 48 production was lost because of the “unplanned weather impacts experienced throughout the Lower 48 as a result of Winter Storm Uri.”

Production in the Lower 48, particularly the Permian Basin, which is the independent’s bread and butter, was fully restored in March.

ConocoPhillips reiterated its production forecast for 2021 remains at around 1.5 million boe/d. It also is guiding for capital spending of $6.2 billion for the year. Capital spending in 1Q2021 was estimated at $1.21-1.29 billion.

The expected total impact to cash from operations, in combination with some hedging impacts, was estimated at $1 billion. The total included $800 million “related to settling all oil and gas positions acquired from Concho,” including $500 million when the acquisition closed in mid-January.