In the wake of a ban on Russian oil and natural gas to the United States, Tuesday talks at CERAWeek in Houston notably shifted to energy security and geopolitics, but ConocoPhillips CEO Ryan Lance had a few choice words for anyone who believes this is a perfect time to keep the U.S. natural gas and oil from being shipped overseas. 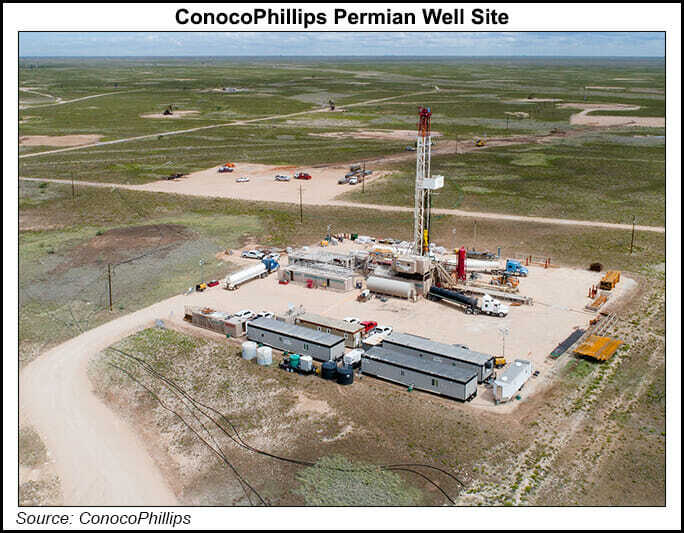 “Well, I’d say it’s probably the stupidest thing you could ever imagine,” Lance said Tuesday at CERAWeek by S&P Global. Lance and other energy executives were notably shifting their discussions to energy security and politics on the second day of the annual energy confab.

While advocates of banning U.S. liquefied natural gas (LNG) and oil exports have called the move the right thing to do for domestic consumers facing explosive inflation and energy prices, Lance said the shock to the international market would have the opposite effect.

As the progressing invasion of Ukraine by Russia places further pressure on international markets and energy systems, the role of the United States as an energy leader means staying connected to guarantee energy security, Lance said.

Instead of focusing on “short-sighted” issues with the conflict, the CEO of the world’s largest independent exploration and production (E&P) company said it’s essential that the country and the industry consider the mid- and long-term implications of what an absence of Russian oil may entail.

That same mentality also applies to how E&Ps adapt to the energy transition, an issue that Lance sees tied to the nation’s energy security, as well.

The Houston-based giant is expanding its positions in Norway and Alaska to move more oil and gas to market with low costs for supply, Lance told the audience. He also believes natural gas will only grow in importance as an essential global fuel.

In its December earnings report, the company announced it was increasing capital expenditures by more than $2 billion to $7.2 billion in 2022. That extra infusion is expected to increase average full-year production to around 1.8 million boe/d this year from 1.5 million boe/d in 2021.

Natural Gas A Key For Future

Much of the week-long conference has been punctuated with comments about the essential nature of natural gas, including Cheniere Energy Inc. CEO Jack Fusco and former senator and the Obama administration’s Secretary of State John Kerry. Now the Biden administration’s U.S. Special Presidential Envoy for Climate, Kerry called natural gas “a key component of transition.”

Lance pushed that idea further, insisting that natural gas wasn’t only a “bridge fuel,” but would be an essential long-term asset in helping both large economies and developing countries create the cleanest energy systems possible.

ConocoPhillips has been following a net-zero emissions plan to reach climate goals aligned with the 2015 accords signed in Paris by 2050. Lance, like many of his energy industry peers, said he believes a carbon tax and greater engagement from consumers on what environmental choices will mean for world economies are needed.

Where Is The Capital In The Transition?

The industry also has deeply ingrained problems to tackle that the CEO said have been building for the past several years.

To meet both demand and expectations for an energy transition, E&Ps like ConocoPhillips need capital. Lance said it’s essential the industry corrects course to combat years of “investor apathy” that’s built up from a lack of returns by the industry.