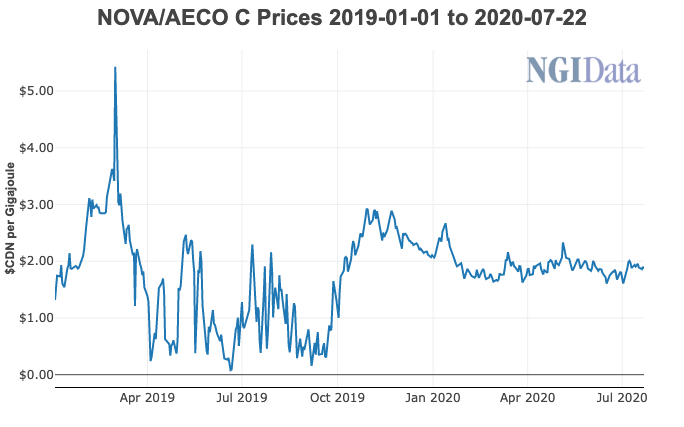 The transaction in northeastern British Columbia (BC) announced Wednesday would add 140,000 net acres and an estimated 15,000 boe/d of output in a liquids-rich zone known as Inga-Fireweed.

ConocoPhillips would assume 100% control of the parcel, and it would give the Houston-based super independent 295,000 net acres total in the play. Completion of the transaction is expected by the end of September.

“We have tracked and analyzed this adjacent acreage position for a long time,” said COO Matt Fox. “It represents a high-value extension of our existing Montney position. The transaction provides operating scale and flexibility to create significant value for shareholders by applying our drilling and completion techniques on this asset and optimizing our future overall Montney development plans.”

Separately, the company announced that it initiated production from its Montney development in 1Q2020. Production continues to ramp up from the first multi-well pad.

“Our current Montney development is performing according to our projections and plans,” Fox said. “We’re still in the process of bringing our initial wells online, and early results are encouraging; we have confirmed the liquids-rich nature of the play and also confirmed that transferring the drilling and completion techniques we’re employing in the U.S. Big 3 can add significant rate and recovery potential to the play.

The deal is estimated to provide liquids and gas reserves of more than 1 billion boe, which could be developed at oil price/bbl in the mid-$30s West Texas Intermediate, according to ConocoPhillips. The property acquisition cost was estimated at around $2-4/boe.

As part of the transaction, ConocoPhillips also assumed about $30 million in Kelt financing obligations associated with the BC gas and liquids facilities.

Kelt management said the transaction would monetize about 27% of its Montney portfolio, providing “a position of increased financial strength during an uncertain economic environment.”

Even with the sale, Kelt would hold 374,528 acres of Montney prospects. The partial sale would allow it to be financially prepared for production growth when commodity prices improve, management said.

The Montney is considered paramount to supplying gas to the Royal Dutch Shell plc-led LNG Canada export project underway in BC. TC Energy Corp.’s Coastal GasLink initially is to transport more than 1.7 Bcf/d from the Montney, Horn River and Cordova basins in the Dawson Creek area.

“Overall, the transaction is consistent with the company’s messaging regarding selective acquisition and development for low cost-of-supply resource,” the TPH analysts said. “We expect much will be made about Montney valuations…but ultimately we see scale and liquidity as the largest impediments to a sector re-rate…”
The U.S. natural gas space overall is lacking market cap and with balance sheets stretched, there is a gap to be filled in the North American market for quality gas names…We see this as a very attractive offering but it’s a clear case of the whole being greater than the sum of the parts.”