ConocoPhillips on Tuesday signed two contracts to buy LNG from QatarEnergy and deliver it to Germany beginning in 2026, marking the first ever long-term supply agreement to move the super-chilled fuel to Europe’s largest gas-consuming nation. 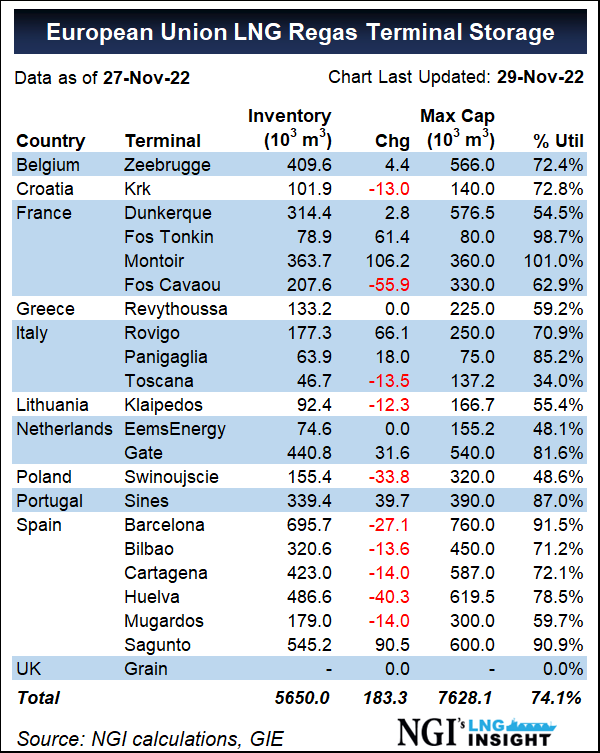 Under the agreements, Conoco would purchase 2 million tons (Mt) of liquefied natural gas annually for a term of at least 15 years and deliver it to an onshore receiving terminal under development in Brunsbuttel in Northern Germany. Cargoes would be sourced from two joint ventures between QatarEnergy and ConocoPhillips that hold interests in Qatar’s North Field East (NFE) and North Field South (NFS) LNG projects.

Germany has scrambled to secure additional natural gas supplies this year since Russia has significantly cut deliveries to Europe. Talks with Qatar stalled earlier this year after the parties couldn’t agree on the duration of a supply contract. Despite short-term needs that have grown since Russia invaded Ukraine in February and record high prices on the spot market, buyers in Europe have been reluctant to sign long-term gas contracts due to conflicts with environmental goals.

Tom Marzec-Manser, head of gas analytics at ICIS, said a company like ConocoPhillips “can solve the problem.” It is one of the largest independent, integrated oil and gas producers in the world.

“They can direct some of their multi-year offtake to Europe for 10-15 years, and then as the demand for gas falls, pivot those same offtake agreements to regions with rising LNG demand, such as emerging Asia,” Marzec-Manser told NGI.

“I’d expect to see other energy majors concluding similar deals in the coming months,” he added.

Asian offtakers have done much the same this year amid mild weather, weaker demand and stronger inventories. They’ve sold contracted LNG into Europe on a spot basis at steep premiums.

Germany historically imported more than 90% of its gas via pipeline since it lacks LNG import capacity, which is now being developed rapidly and is expected to start coming online by the end of the year. About 50% of the gas it consumed came from Russia. The country burned roughly 100 billion cubic meters of natural gas last year, or roughly the equivalent of 72.5 Mt of LNG.

Earlier this year, the country laid out a plan to gain independence from Russian natural gas by 2024. It has chartered five floating storage and regasification units for terms of 5-10 years at a cost of billions of dollars and is developing onshore LNG terminals as well.

Steven Miles, a fellow in global natural gas and energy transitions at Rice University’s Baker Institute for Public Policy, told NGI the 15-year time frame coincides well with the country’s other energy ambitions such as converting to lower-carbon fuels like hydrogen around 2035.

As a result, the country and German utilities have been unwilling to sign the typical 20-year deals that LNG producers want to underpin investments in their facilities.

About 102 Mt of long-term LNG contracts have been signed since the beginning of 2021. Over half of that total, or roughly 58 Mt, has been secured by Asian offtakers, according to the International Energy Agency. Major portfolio players and other buyers have accounted for most of the rest, while European buyers have signed up for a marginal share.

QatarEnergy CEO Saad Sherida Al-Kaabi said “our dialogue with our European partners continues with the aim of achieving greater energy security, long-term market stability and a smooth energy transition for the benefit of all.”

The NFE and NFS projects would boost Qatar’s LNG export capacity to 126 Mt from current levels of 77 Mt when they start coming online in 2026.

“These agreements will provide an attractive LNG offtake solution for our new joint ventures with QatarEnergy and position the joint ventures as reliable sources of LNG supply into Europe,” said ConocoPhillips CEO Ryan Lance.