Comstock Resources Inc. plans to fund a boost in completions activity at its Haynesville Shale assets in Louisiana and Texas using the proceeds from selling properties in North Dakota. 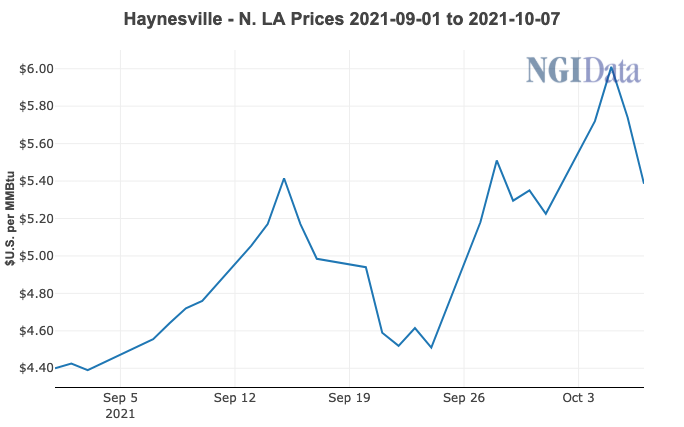 The Frisco, TX-based independent said Thursday it would exit the Bakken Shale, selling its assets to Northern Oil & Gas Inc. for $154 million in cash.

The plan is to accelerate the completion of 13 gross (9.4 net) drilled and uncompleted wells that were originally budgeted to be completed in 2022. Comstock said it may also use some of the sale proceeds to acquire more acreage and fund additional drilling activity next year.

Comstock has pointed to the Gulf Coast liquefied natural gas export market as a major demand center for the natural gas produced from its nearby Haynesville asset.

For its part, Northern would get nonoperated interests in more than 400 producing wells (65.9 net) across Williams, McKenzie, Mountrail and Dunn counties. The assets are operated by several different companies, and Northern already holds ownership positions in 84% of the wellbores to be acquired.

The Minnetonka, MN-based company has been on a buying spree this year, purchasing acreage in the Permian Basin and Marcellus Shale.

“We remain consistent with our strategy,” CEO Nick O’Grady said. “The focus continues on being the natural consolidator of working interests and executing with financial discipline, concentrating on cost of entry, return on capital employed and cash flow net to our shareholders.”

Northern management said the bigger footprint would likely result in an increase in its borrowing base during redetermination next month. It is also planning to ask the board to increase the  dividend by one-third to 6 cents/share.

The deal is expected to close in 4Q2021 with an effective date of Oct. 1. Comstock expects to recognize a pre-tax loss of $130-140 million on the divestiture.