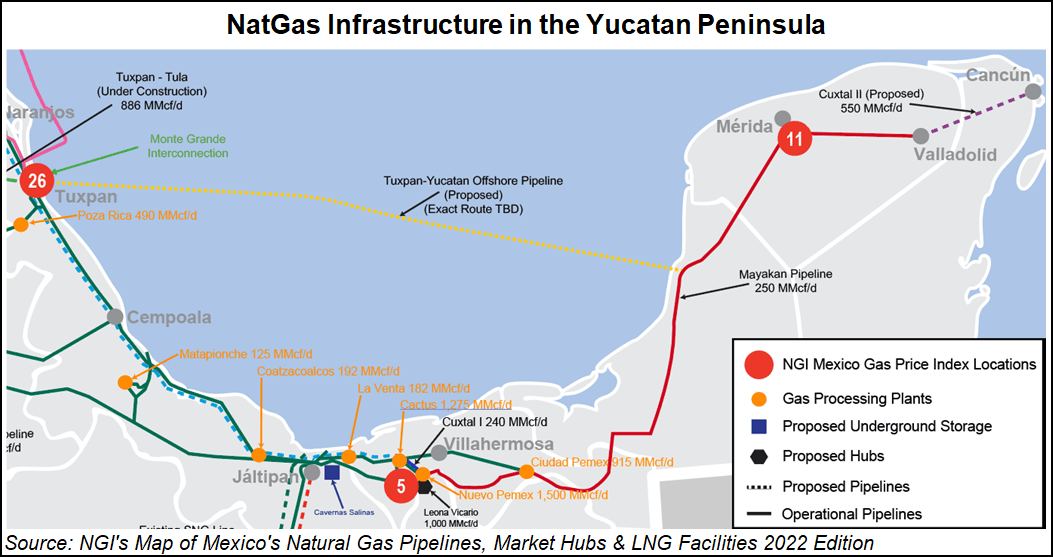 With the constitutional reform proposal for the energy sector shot down, President López Obrador will find it hard to reverse the structural energy reform that occurred in 2014. Most likely, the legal framework in force in December 2018 will essentially prevail. However, presidential power will continue to hamper private participation in the sector. In terms of projects, what can we expect to change or happen in the natural gas market from now until the end of his presidency on October 1, 2024?

AMLO, as the president is called, has within his reach a simple majority in Congress that allows him to modify laws. With this power, he could continue to try to load the dice in favor of the state companies. However, the principle of economic competition established in the Constitution is an effective barrier that prevents him from unceremoniously removing private companies from the country. In practical terms, what remains within reach is the exercise of administrative measures and acts of nuisance focused on discouraging private activities.

The Energy Ministry (Sener) and the Comision Reguladora de Energia (CRE) have delayed the granting of new permits. Requests from regulated entities to expand or modify operations are rejected. The  institutions created over 30 years ago to give space to private investment remain, but they are gradually being changed in ways that distort the meaning and purpose of their work.

The CRE is a regulator that, contrary to global practice, protects the monopoly power of state companies, even though this deprives users of supply options. The regulatory risk becomes more acute when the deliberative sessions of the CRE are dedicated to denying simple mechanisms for the periodic updating of rates.

This year there are frequent cases of gas transporters and distributors who, in an inflationary environment, are prevented from transferring these effects to users despite the fact that they have the right to maintain the value of their rates in real terms in accordance with the  regulation. The legal mandate for operators to guarantee open access to all gas pipelines and distribution networks is simply not being met. Capacity hoarding is quietly tolerated.

Affected marketers and users have no way to complain without the risk of angering the president. In another area, Cenagas takes measures on a daily basis that do not attract media attention, but that are contrary to the Law. Its obligations to care for the continuity and reliability of services to care for the interests of users are called into question when it asks some users to install equipment that restricts delivery pressure to the detriment of service quality and energy efficiency.

Independence as an operator is now an empty adjective when, instead of conducting open seasons that allocate capacity in general processes, Cenagas grants CFE underground capacity on a firm basis from Montegrande to destination points in the southeast. Its rate structure is designed to facilitate the financing of large projects that will improve energy security and small projects that could trigger new markets that expand coverage.

The fact that Cenagas does not market, produce or consume gas means that its incentives are focused on optimizing the management of transportation capacity. Contrary to the Law and with harmful effects for competition, the government has followed a different policy. The important announcements to create gas infrastructure come from a subsidiary of CFE, which has a particular interest in developing infrastructure.

After three-and-a-half years of government, there is no progress and the list of projects every year looks less promising. In the second annual review of the five-year plan for the expansion of the Sistrangas, projects that could be classified as strategic and, therefore, should be under the control of Cenagas, depend on investment decisions by CFEnergia.

The in-depth arrangement of interconnections and regulation equipment that would allow the creation of a hub near Monterrey is subject to decisions by CFEenergía. The same happens with the sequence of repairs to facilities focused on bringing gas to the Yucatan Peninsula. With this authority, CFEenergía is the de facto operator of gas systems.

In December 2021, after an eight-month delay, Sener radically modified the original 2020-2024 five-year plan with the inclusion of the extension to the marine pipeline with a CFE investment agreement as a development mechanism and with the modification of the Jáltipan – Salina Cruz gas pipeline to be a transportation contract tendered by CFE.

The characteristics of these projects fall under the definition of a strategic pipeline. Leaving CFEenergía in charge of such projects in the official planning is to limit the possibilities that other users have access to capacity and therefore gas consumers will not have many alternatives for their supply.

CFEnergia will seek the cheapest transportation contract and, therefore, the project will lack provisions in its design to add future users. The technical characteristics will be imposed by the CFE and it will be very difficult for an open season after the tender to open space for other market agents.

In its evaluation of the second review of the plan, the CRE acknowledges that there are no hydraulic models that measure the systemic effect of extending the marine gas pipeline. In other words, the state is promoting a project without having an idea of ​​whether it is the best alternative in terms of cost and benefits to the users as a whole. Clearly, with a CFE-tailored solution, and likely as a source of gas for the Dos Bocas refinery, there is no way to guarantee that users throughout southern Veracruz get access to that gas.

Returning to the question of what we can expect in the last 28 months of this six-year term, the answer is uncertain. In the list resulting from the annual review, the dates of the most important projects are already unrealistic. The marine pipeline extension would start operations in 2024, as would the trans-isthmus corridor from Jáltipan to Salina Cruz. Only some minor projects, namely the Leona Vicario interconnection in the vicinity of the Cuxtal project and the León Guzmán interconnection in the Laguna area, seem ready to start operations this year.

In the spring of 2022, the thrust of López Obrador’s transformative project has most likely reached the limit of its possibilities. AMLO did not get his energy reform and will probably lose all the small legal battles he has with investors in self-supply energy projects. The most important balance of these years will be the loss of opportunities. The most probable legacy of his government will be one of stagnation, loss of direction, institutional deterioration and the consolidation of CFE as the great energy intermediary in the country.