The boom in U.S. liquefied natural gas (LNG) exports in recent years is not only about abundant resources and cheap gas, but also how that low-cost supply has been tailored and sold to a global market historically accustomed to restrictive trade. 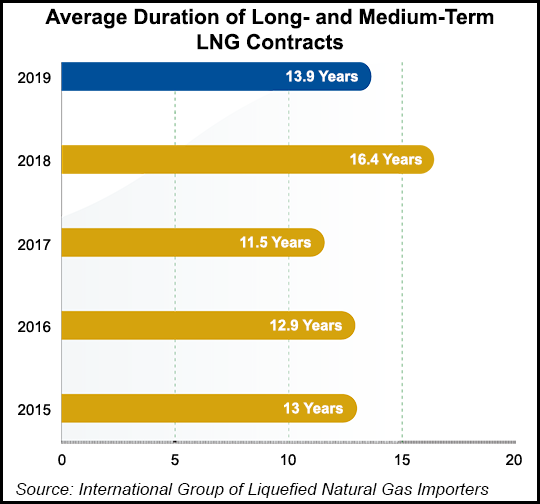 Putting aside the woefully loose market of today, we all know that low-cost gas has allowed the United States to compete with other dominant producers on their turf. But the price of LNG has long been linked to crude oil and the bulk of it still is. It was relatively recently that LNG was tied to dominant natural gas indices in North America and Europe.

So how is LNG priced in the United States, and what attracted buyers to travel even farther across the sea for it? The heart of the answer lies in the commercial structure that export terminals along the Gulf Coast and in Maryland are operating under.

Four of the six export terminals currently in operation, including Cameron, Cove Point, Elba Island and Freeport, are tolling facilities. Under this model, LNG buyers secure their own natural gas to feed the terminals and they simply pay a tolling fee to have it liquefied. Much like a pipeline, which doesn’t own gas but transports it, the tolling facilities never take ownership of the LNG.

While buyers secure their own feed gas and the prices they pay for it, tolling fees are generally two-pronged. Fixed monthly fees cover the terminal’s operational costs while cargo payments cover a facility’s variable costs for things like electricity.

The other two U.S. export facilities, Corpus Christi and Sabine Pass, both operated by Cheniere Energy Inc., operate under what is often referred to as a “merchant structure.” Cheniere procures feed gas from producers at market rates, liquefies the gas and sells it to various buyers.

Others in North America, such as Tellurian Inc. and the LNG Canada project plan to use an “equity model” under which buyers take an equity stake in a terminal and the various aspects that underpin it from upstream production to shipping and trading.

For example, Tellurian is requiring long-term customers to buy $500 million of equity in its proposed Driftwood LNG project in Louisiana for each 1 million metric tons per year of guaranteed offtake. The company plans to control costs by owning gas production and pipeline transportation.

Other North American projects under development are pursuing hybridized models that would utilize components of each commercial structure in use. As the pandemic has upended the global natural gas market, even more thought is being given to the contractual flexibility afforded to buyers and protections for sellers, as well as how LNG should be priced moving forward.

But U.S. exports still have advantages in a market that was long governed by the integrated structures of companies that control assets across the value chain and prohibited destination flexibility and spot trading.

Most U.S. capacity is booked under long-term contracts that allow buyers to cancel cargoes up to 60 days in advance. If cargoes are cancelled, buyers pay the fixed-fee they agreed to in their supply contracts.

Another advantage for U.S. LNG beyond the ability of cargo cancellations is destination flexibility.

Under U.S. terms of sale, LNG is largely sold on a free-on-board (FOB) basis, meaning ownership of the LNG is transferred to the buyers at the time it is loaded onto a ship at the terminal. Although tolling facilities never assume ownership of LNG, their customers are still responsible for shipping so they are essentially taking it FOB.

FOB sales are a big selling point for U.S. export terminals as the buyer is able to retain flexibility to resell the cargo anywhere in the world, which creates additional value.

Many integrated projects like those in Nigeria and Qatar own their ships and transport LNG on a delivered ex-ship (DES) basis, that is they don’t pass title and risk until the fuel is delivered to the buyer at the import terminal. Cheniere’s marketing arm mostly sells on a DES basis, but they can conduct FOB deals if they choose.

Sometimes integrated sellers also execute FOB deals if they lack shipping capacity, for instance, but historically they have imposed destination restrictions, barring the ability to divert cargoes to a destination where better prices could be had. Such restrictions have led to clashes over anti-competition claims in places like Europe.

In the United States, the seller grants all that value to the buyer and competition issues are avoided in another benefit of American exports.