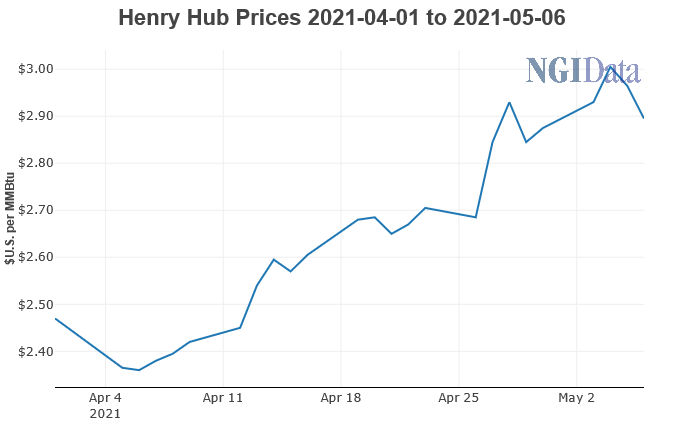 In the name of strengthening Petróleos Mexicanos (Pemex) and energy sovereignty, the Mexican Congress has approved and made official the controversial amendments to the Hydrocarbons Law. The government can now suspend or revoke permits throughout the hydrocarbons value chain with a significant degree of discretion.

A revocation could lead to a takeover of facilities by Pemex, in a way that suggests a veiled expropriation. Intermediary agents, whether they are traders or owners of infrastructure, now have storage obligations, which de facto represents a barrier to entry since storage facilities are scarce, or non-existent, or their capacity is monopolized by Pemex and Comisión Federal de Electricidad (CFE).

This legal change occurs at a time when the gas market is dynamic. There are 24 points of interconnection with the United States with almost 14 Bcf/d of capacity. Gas coverage and connectivity in Mexico has improved drastically with only four states of the 32 in the country without access to the fuel (and this number will soon be three with a pending project to bring liquefied natural gas to Baja California Sur).

There are 22 distribution areas providing reliable natural gas supply even given unprecedented difficulties due to the pandemic. Private shippers have firm capacity contracted for more than 1.2 Bcf/d in the national pipeline system Sistrangas and contracts on an interruptible basis in the whole network.

A CFE subsidiary is a relevant gas intermediary in the United States involved in the operations of around 3 Bcf/d of daily consumption in Mexico. In short, the changes to the Hydrocarbons Law come about just as there are excellent conditions to make the Mexican market competitive in the short or medium term.

Not all this good data is the result of the 2014 constitutional energy reform, but rather the result of a stream of policies and rules that were configured starting in the mid-1990s. Private companies such as Engie SA, TC Energy Corp., Infraestructura Energética Nova (IEnova), Fermaca, Naturgy Energy Group, Enagas SA, Mitsui & Co. Ltd. and Kinder Morgan Inc. have invested and operated natural gas transportation, distribution and storage projects for several decades in a 30-year permit scheme under financial principles for calculating rates that have been acceptably consistent.

If the competitive environment could not be achieved before 2014, it was due to Pemex’s dominant role in the industry in terms of infrastructure and production, and because of the absence of effective open access in the main gas pipeline system.

Originally, the Hydrocarbons Law seemed like a good framework to increase production and reserves while providing users with supply options. The principles of open access and free competition are present throughout its language.

On paper, this law was an open invitation to private investment with a commitment to not load the dice in favor of state monopolies. The invitation was largely heeded, but under the current government, the new participants in the industry have gone from nervousness to frank distrust. The day after the reform was published, the American Petroleum Institute sent a letter addressed to the administration of President Biden bemoaning the changes and arguing they threaten trade agreements in the North American region.

But the lack of competition in the market doesn’t have to do purely with public policy. There still is little commitment to transparency among companies in the sector. There are high interconnection costs, a lack of standards in the manner of the North American Energy Standards Board, and a rigidity of terms and conditions of service that have not been adapted to the new operational reality that has existed since 2014.

Designing a gas procurement process in Mexico can be an intensive task in terms of both time and economic resources, both of which are not available to the bulk of companies. The reason for this lies in inconsistencies in market information.

For example, the electronic bulletin boards that are all open access leave much to the interpretation and imagination of those who look at them. The data is patchy, not updated in a timely manner, and sometimes the bulletins simply do not exist.

Trying to understand the flow configuration is not an easy task. Systems with a long history of being regulated publish information with long time lags, with a level of aggregation that contributes little to traceability, in a format that is difficult to process and after a few days, the data is withdrawn. Under scrutiny, such a bulletin would meet the minimum required by the regulator, but it falls far short of what is necessary to encourage a competitive market.

On some private pipelines, for an agent to achieve transportation service requires navigating a minefield. Simply knowing the latest version of the terms and conditions of service may be impossible because they are not included in the bulletin and if they are, they are not updated in a timely way. There are cases in which, according to the information in the electronic bulletin, there would be capacity available, but, after a call with the commercial office, the conclusion is a different one in which even contracting interruptible service seems unfeasible.

Experience reveals that many carriers would like to avoid connecting with new users because they are comfortable with serving their traditional anchor client. With CFE, they are assured of economic viability and serving others represents transaction costs that they prefer to avoid, despite the fact that are rewarded via the collection of fees.

The migration from a world in which Pemex was the monopoly marketer that controlled the gas pipeline network at its discretion to a world in which multiple shippers coexist in the same network and on routes that span multiple systems has not meant an update of the regulation or industry protocols or practices.

Basic measurement or operating balance agreements are achieved with difficulty and some are still pending. Although the underlying reason is the serious lag in the installation of modern measuring equipment, the adoption of standardized protocols would help a lot to have estimates of acceptable volumes and to the practical and expeditious solution of controversies. A regulator receptive to understanding the complexities of the operation of the gas system would be desirable, but a general consensus in the industry would be of even greater value.

A similar problem of operational coordination occurs in the transition from transportation pipelines to distribution zones. The equipment at city gates and the communication between parties is not yet adequate to channel and adequately follow up on gas orders and deliveries from marketers who take advantage of open access in distribution networks to serve large users that used to be served by the owner of the local infrastructure or by Pemex. Programming imbalances and the lack of correspondence between the commercial nodes of the systems and the real interconnection points are issues that should be reviewed by all the agents involved in the supply chain of gas.

The behaviors described together reveal that the private industry involved in the supply of natural gas does not seem to want to take a leading role in the development of a competitive market either. Their involvement in the industry has occurred organically for the simple purpose of doing business.

There is nothing reprehensible about this. However, the vacuum in regulation does not mean that chaos is the only outcome. Self-regulation may well be a measure that solves operational problems that facilitate transactions and that in the long run attract more users to whom more gas will be sold.

It is true that the Lopez Obrador government wants to load the dice in favor of its state champions, but these public efforts will have less chance of success if the private sector manages to distinguish itself from Pemex through better prices and greater reliability.

Unfortunately, the winter of 2021 has left several customers feeling they are being abused by some marketers. They are asking: Why should the people of Mexico and its power plants buy gas from a global marketing brand that during the winter storm in February cut off flows, transferred their prices onto a foreign market, and after two months, reported exceptionally good financial results? Without commitments to competition and transparency that permeate all members of the industry, users will soon stop noticing the differences between the private sector and the monopoly powers that be.