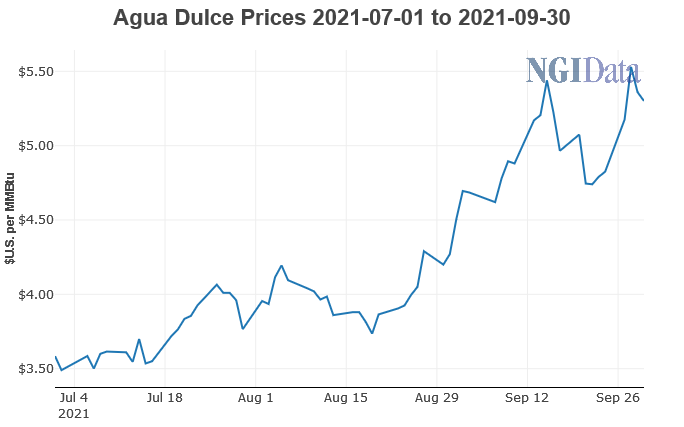 Recent increases in the price of natural gas have not gone unnoticed by Mexicans. The ghost of Winter Storm Uri looms large and makes gas system users nervous. They fear another shortage situation combined with exorbitant bills for their natural gas consumption needs. The conclusion of a smooth summer hasn’t proved reassuring. But the truth is that the way in which gas consumers can manage their operational and commercial risks is limited, to a large extent, by current energy policy.

The first concern, principally of industrial users, for the upcoming winter has to do with the continuity of supply. Economic activity in the second quarter of 2021 was up by 19.6% compared to the same period of the previous year. More than a few companies are restoring their productive supply chains that were interrupted in 2020 and therefore the use of fuels is extraordinary. The possibility of gas flow being limited by a winter event similar to the one in February would be extremely inconvenient for companies’ operations. However, there is little they can do to better cope with such a disruption.

At the end of February, numerous voices from the government declared that the remedies for future shortages had to include the development of storage projects in Mexico. In a very Latin American way of attending to an emergency only when it is no longer urgent, it came far too late. The storage policy published by the government prior to that of President López Obrador had until that point been completely ignored. Despite the rhetoric, to date there are no storage facilities available to users, be they private or public. The only mechanism in the event of sudden drops in injections is line packing. Park and loan services are not yet provided for.

The diversification of import points is a situation that contributes to energy security. The basins of origin, although the gas comes mostly from Texas, are also varied. However, the lack of connectivity between systems on the Mexican side and the dominance in the ownership of the capacity by Comisión Federal de Electricidad (CFE) and Petróleos Mexicanos (Pemex) means few supply alternatives for the common user, even if the gas received is delivered by a private marketer. The disproportion in the size of the capacity allocations is so significant that a decision by CFE or Pemex to limit or make the most of their firm contractual quantities may cause a cut or displacement of other orders.

The interconnections of the Fermaca system in Zapotlanejo, and TC Energía in Montegrande and Pedro Escobedo with the Sistrangas do not necessarily translate into benefits for users when their operation is contingent on the way CFE nominates its orders upstream. The lack of transparency of the intrastate pipelines in the United States and the commercial arms of the Mexican state firms do not facilitate accountability in the event that a shipper decides not to compete for scarce volumes or capacities. In the case of extreme weather, the operation of pipelines will remain framed in the business relationship between a few agents, most likely with little sensitivity about the relevance of the activity for the well-being of many homes and businesses. Attention to this issue is complex given the bi-nationality of the jurisdictions, and the economic integration of the border areas merits the discussion of a North American energy security strategy. But there cannot be an international vision when the domestic vision is not properly cared for.

Since February 2021, regulatory work has not addressed the problems of open access and transparency in the Mexican market. This limits the ability of the system to react to achieve continuity of flows. Moreover, nothing has happened to diversify the overall gas supply with improved national production. In the present energy policy, reversing the downward trend in gas production is seen as completely achievable through Pemex on its own. The strategy of assigning blocks to private parties for exploration and production that the 2014 reform provided for has been scrapped. A scenario of rising prices seems conducive to encouraging such activity, but Mexico can do little to respond adequately to such an economic signal. Profitability or the search for profit opportunities are not criteria that prevail in the face of a political vision with a strong ideological bent.

So for the upcoming winter, Pemex production will do very little to guarantee energy security. The news about tremendously high European and Asian natural gas prices has not yet been fully assimilated by Mexican government entities. There is a confidence based on the proximity and connectivity with Texas that suggests that Mexico should not suffer extreme price volatility. Even the most sophisticated purchasing areas base their stance on observing the behavior of future contracts and forward curves for the winter season that will begin in November. The consensus is that prices will be high relative to what they have been in recent years, but will not reach exorbitant levels. The concerns have to do with the right time to hedge. Some think they are on time, others regret not having acted sooner. The truth is that financial practices to mitigate gas price risk are not widespread in Mexico. This is largely explained by the scarcity in financial instruments and sophistication. Users who have a relationship with private marketers seek to have them put together a tailored agreement for them. Few large agents dare to design and carry out their risk management on their own. Most small industrial consumers see their gas bill as something they have no control over. They are tied to a volume and a reference price as has been their experience.

Paradoxically, the smallest consumers, those corresponding to households, could enjoy certain elements of mitigation, or rather, risk transfer. The government has already capped liquefied petroleum gas prices with the creation of a new public fuel distribution company. If gas prices rise significantly in the winter, the Mexican government will be tempted to intervene in the market and impose a costly policy that can win votes in areas where it has less acceptance, such as the cities of Monterrey or Juárez. When looking at the size of the resources that López Obrador has allocated in next year’s budget for the energy sector, this possibility can be implemented and, therefore, it is quite plausible.

It is clear that after February 2021, Mexico has made little progress to reduce energy insecurity. If this December or January we again see an extreme situation that takes prices above $10/MMBtu and limits the volumes available in the Agua Dulce area, we should expect to see a repeat of what happened in terms of the response from authorities. The common user has no better maneuverability to mitigate the effects of an extreme winter situation in Texas or northern Mexico. He will take the gas at the prices and quantities that are within his reach. In contrast, this is good news for Texas producers and marketers. They have a captive customer in Mexico. No matter how much the market tightens due to the global gas squeeze, the amounts committed to be delivered south of the Rio Grande will not be reduced and the value of such transactions will reflect the opportunity cost of doing business.