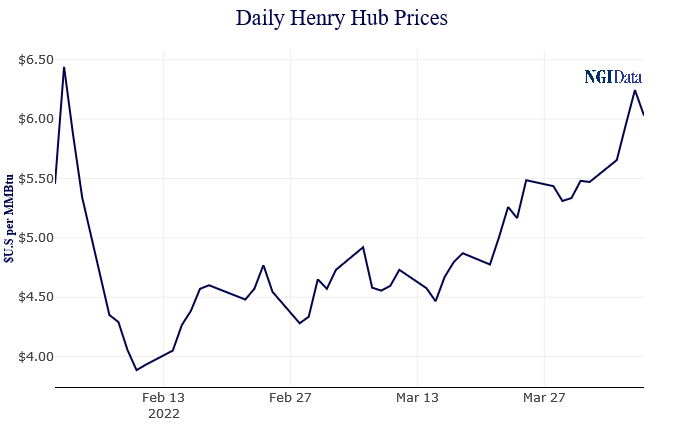 The energy sector is under the spotlight in Mexico perhaps unlike any time in recent history. The modification of the sector’s legal framework is being discussed in Congress, and separately in the Supreme Court, with politicians of all stripes weighing in. The Finance Ministry is trying to control rising inflation and exert greater control over the flow of hydrocarbons in the country. Meanwhile the government is under fire from officials in the United States over changes in the rules of the game. There are also Russia’s flirtations, with some receptivity in some circles of power, to be an alternative supplier of energy for Mexico. Let’s look in detail at these developments, which add up to a crucial moment in this current administration.

In Congress, discussions have begun around a bill proposing a constitutional change that would give Comisión Federal de Electricidad (CFE) monopoly power in the supply of electricity. In addition, it would get rid of key sector regulators, giving CFE the role of authority to define the technical and commercial rules of participation in the electricity industry. CFE would consolidate its role as the dominant agent in the gas sector. The open market in gas and electricity would become a mere 8-year parenthesis in Mexico’s long history of statist monopolies.

On this front, the government’s chances of success are slim due to a lack of votes derived from the limited space for political negotiation. Despite the consultative forums around the nature and potential effects of changing the Constitution, the technical aspects have been avoided. A good opportunity for long-term fundamental analysis to improve energy security and efficiency in the energy sector has been wasted. The initiative has been brought up for discussion without changing its original wording dictated from high government circles.

Without the constitutional change, sectoral regulators with influence in the natural gas industry would remain in power. However, both the Comisión Nacional de Hidrocarburos (CNH) and the Comisión Reguladora de Energía (CRE) will continue to be influenced by the government and will do little to promote private participation in the discovery and production of gas reserves. They will also do less to promote private participation in shipping and sales of natural gas.

In the Supreme Court, Justice Ortíz Ahlf, seeks to reverse a past decision on a constitutional controversy derived from the changes proposed by López Obrador to the Electricity Industry Law (LIE). Such a reversal would have direct effects on the demand for natural gas in Mexico given the change in electricity dispatch. The changes in the LIE privilege CFE’s hydroelectric plants, followed by other types of plants owned by CFE such as nuclear, geothermal, combined cycle and thermoelectric. CFE’s electricity supply would be complemented by private photovoltaic and wind solar power plants and, finally, by private companies’ combined cycle plants.

The modified LIE revokes self-supply permits, many of them based on natural gas burning technologies, and the revision of contracts with independent energy producers, with natural gas as the main fuel. Without any theoretical basis, the president’s initiatives have been presented as the only way to guarantee low energy rates. The official propaganda about the operation of the energy sector does not stop hitting private investment as an abusive economic force that prevents the occurrence of fairer electricity rates.

On Thursday, the Supreme Court ruled that the law wasn’t unconstitutional, but a majority of the justices voted against its fundamental clauses, meaning there remains room for companies to appeal changes in the nation’s courts.

All of it adds up to an affront on the private sector. Mexico City mayor Claudia Sheinbaum, who today seems the obvious successor to López Obrador, accuses foreign private investment in the energy sector of having plundered national wealth. She describes the long-term contracts between CFE and independent energy producers as abusive. Sheinbaum describes gas purchase contracts acquired by CFE in the previous government as unnecessary because they exceed demand. Neither the separation of activities nor open access are considerations in her conclusions.

Also recently, after a series of meetings with the Mexico government, U.S. Special Presidential Envoy for Climate John Kerry and U.S. Ambassador to Mexico Ken Salazar made clear their issues with the changes in the sector. They “reiterated the significant concerns the United States has raised about the changes to Mexico’s energy policy.” Lopez Obrador countered that if North American companies want to use Mexico as a shipping point for liquefied natural gas (LNG), they must invest in the south of the country, in clear allusion to the Trans-isthmus project that CFE tried to put out to tender with little success among investors.

Next is the thorny issue of the rising cost of energy in Mexico. Lopez Obrador campaigned on promises that prices would not rise. The importation of fuels, including natural gas, requires permits that are most frequently withdrawn or denied by the Energy Ministry. These free market distortions have led to significant imbalances in the oil product logistics chain. The shortage and the appearance of price differentials conducive to arbitrage show the inefficiencies of a public policy that does not fully mitigate price increases and that implies a loss in tax collection that is very inconsistent with stated aims.

The stringency in operating expenses is a possible explanation for the low use that CFE makes of the storage capacity it has contracted at the Altamira LNG terminal. In the first week of April 2022, the inventory reported in the electronic bulletin board shows levels below 56,500 m3 of LNG and already close to the minimum operating temperature necessary to maintain an adequate operating condition in the facilities.

Without an effective storage policy that takes care of the creation of a safety inventory whose cost is assignable to all users, replenishment cycles remain the responsibility of CFE. It is more difficult in the context of the European crisis due to the conflict in Russia and Ukraine. High prices and limited supply are not the best conditions to go out on the international market in a hurry to acquire a cargo that serves to keep the Altamira plant at required temperatures.

This is how it has transpired that PAO Novatek, the independent producer of natural gas in Russia, has made itself available to CFE as a possible alternative supplier to meet such a particular requirement. Although it is true that in the past, Mexico has considered being a client of Gazprom in the purchase of LNG, and that this company has carried out activities to promote its brand for more than a decade, in the current situation, a Mexican state company buying Russian LNG would be out of line. Yet it would not be strange for a government that has taken a hesitant stance against the invasion of Ukraine. Energy sovereignty in this context becomes stranger and harder to understand. All in all, energy has never been more important to the Mexican public and its news cycle.